Photo by Nils Nedel on Unsplash

New research has revealed the early impacts of the Australian bushfires and COVID-19 on our spending intentions.

Commonwealth Bank Chief Economist Michael Blythe said the drop off followed a dip in January, with the travel HSI readings the lowest since the series began in 2015.

“Along with tourism, the education sector is particularly exposed to the negative effects of the coronavirus," Mr Blythe said.

"That exposure is now showing up in a sharp downgrade to education spending intentions.” .

Mr Blythe said the bushfires and global pandemic would seriously hinder growth domestic product (GDP) numbers, due to the massive impact on tourism and international education.

“The consensus is also that the sectors most affected by these natural disasters are tourism and international education.

"The tourism and education sectors account for 5% of GDP and 7% of total employment."

Check out the full breakdown of each sector below.

Retail spending intentions remain soft, which will no doubt be a disappointment for the government given the stimulus measures directed at households via lower interest rates and tax rebates.

No doubt bushfires and COVID-19 have taken their toll but the fundamental driver of the dip is weak income growth. 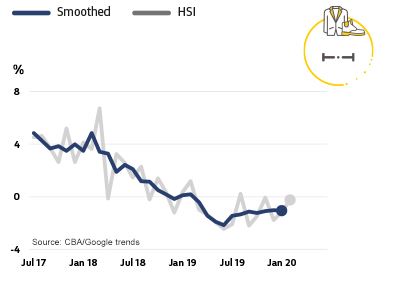 Unsurprisingly, travel spending intentions have taken a sharp dip in recent months, with the February readings the lowest on record.

Again this is as a result of the bushfires and COVID-19 pandemic.

After huge gains in 2019, home buying intentions have levelled out so far in 2020, but remain at historically high levels.

HSI readings remain at levels pointing to further gains in dwelling prices, a turn in the residential construction cycle and a positive wealth effect that should help consumer activity. 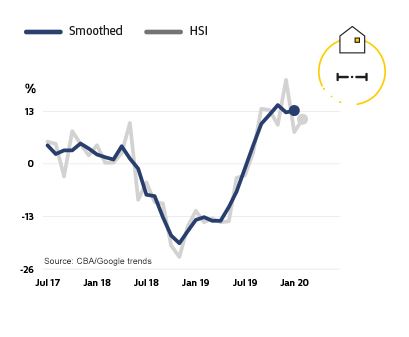 Along with tourism, the education sector is particularly exposed to the negative effects of the coronavirus, with a huge number of international tertiary students unable to both come to Australia and complete their studies.

That exposure is now showing up in a sharp downgrade to spending intentions.

Given that the government has put a ban on gatherings of 500 or more, the entertainment spending intentions sector has seen a pull back.

A host of theatrical releases have been postponed, which will also put further strain on the sector. 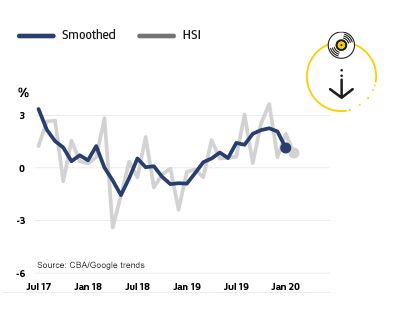 The HSI readings for motor vehicles showed a sharp turnaround late in 2019, which continued in January and February.

This lift is a sign that the 'wealth effect' remains a positive force in consumer activity, with motor vehicle spending correlated with changes in household wealth. 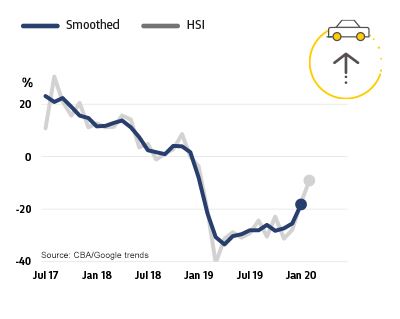 The general resilience in spending intentions for health and fitness has taken a hit in recent months. 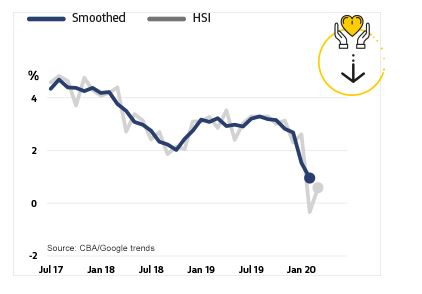 In a statement, Qantas and Jetstar said the changes were due to decreased travel demand because of COVID-19, and the decline in demand would be unlikely to rebound for weeks or possibly months.

"The Qantas Group is working to manage this impact as much as possible, including through the use of paid and unpaid leave," the company said in a statement.

Customers with existing bookings on any domestic or international flight until May 31 who no longer wish to travel can cancel their flights and get a credit voucher.