There were 5,198 new personal insolvencies declared in the October-December 2019 quarter, which is the lowest figure reported since Q4 1994.

This comprises of: 3,385 bankruptcies, 1,778 debt agreements, and 35 personal insolvency agreements. 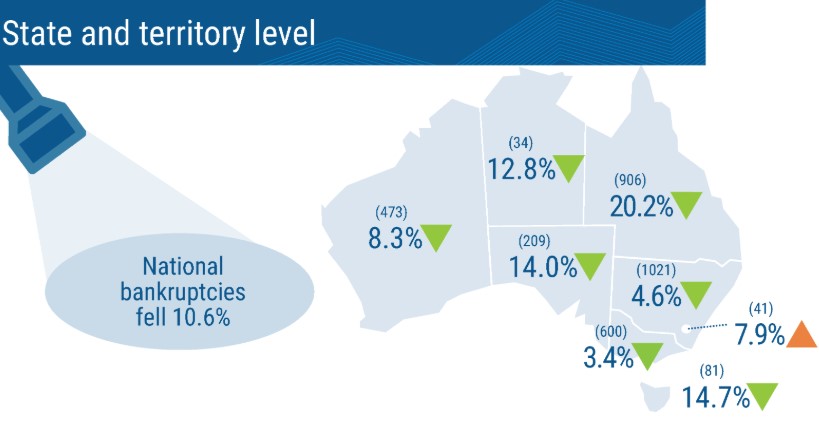 Q4 2019 experienced bankruptcy drops in all states and territories except for the ACT, which saw a 7.9% rise.

The biggest drop was Queensland, with a drop by more than one fifth (20.2%).

The threshold for bankruptcy is someone who is in arrears by $5,000, whether that's a credit card debt, tax debt, mortgage, personal loan, or any other type of debt.

Critics have previously declared this threshold too low.

The Financial Rights Legal Centre has also made submissions to reduce the bankruptcy period from three years to one, citing that it will spur economic activity.

For personal insolvencies, the total figure was 3,305 in Q4 1994, and the state by state breakdown was as follows:

Bankruptcy declarations have been experiencing a steady decline since 2009.