This is despite the well-documented 25-month continuous fall in new car sales, and is something CommBank puts down to the wealth effect.

The 'wealth effect' is a phenomenon where as house prices increase, more people feel confident to spend money on expensive items like new cars.

The wild fluctuation in household spending intentions between sectors is the new normal, according to CommBank chief economist Stephen Halmarick.

“In contrast, retail, online learning and health and fitness spending intentions saw sharp rises as people prepared themselves for an extended shutdown of many parts of the economy."

Despite COVID-19 challenges, many car dealerships are still conducting business through virtual showrooms, and many experts are saying it's a 'perfect storm' for buying a new car.

The wealth effect could also take a dive, as CommBank economists are predicting a 'worst case scenario' of house price slumps in the capital cities up to a third. 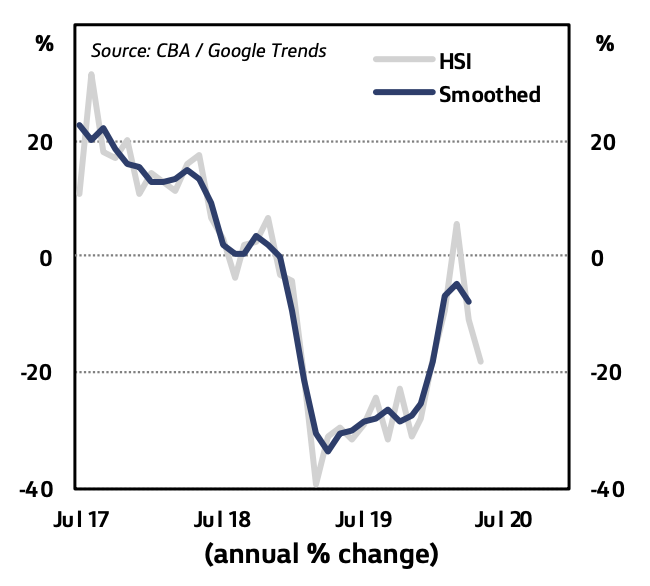 Home buying spending intentions also started to nosedive from April, after reaching record highs in March, despite RBA rate cuts which would ordinarily "be expected to support buying intentions".

"Into May, however, we have seen a recovery in auction clearance rates that suggest some more home buying activity ahead," the report said.

"In addition, the ability to have more people at open houses and auctions will help. The sharp rise in unemployment and the hit to confidence will likely continue to drag on the housing sector."

CoreLogic reported for the week ending 10 May, the nationwide auction clearance rate was 59.9%, up from 47.5% in the previous week, and a recent low of just 30.2% four weeks ago as lockdowns took full effect.

Last week's clearance rate was the highest result since the week ending 15 March, however the number of auctions held in the past week was 80% lower than that high. 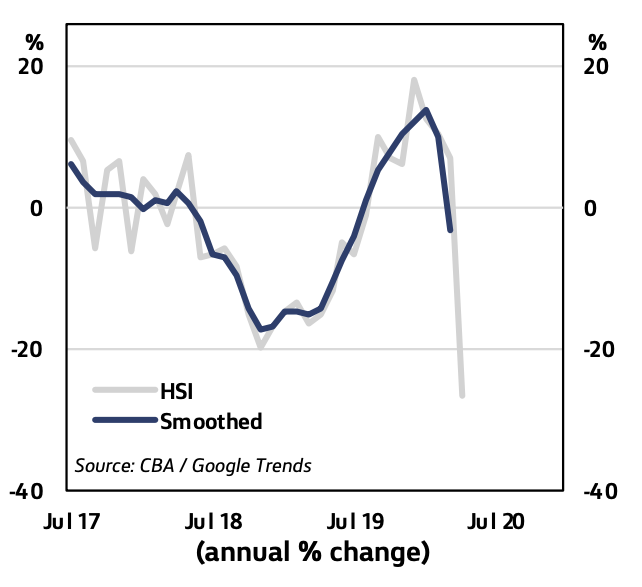 Health and fitness spending intentions also up despite gym closures

You don't necessarily need to pump iron to get your health and fitness fix.

CommBank's report detailed the health and fitness household spending intentions segment was the only one to increase.

This is despite many amateur sports leagues halting games and training, and gyms closing.

"Health and fitness spending intentions are being supported by spending on nursing and personal care and, especially, bicycle shops and fitness equipment – implying that efforts to try and stay fit and healthy during the shutdown period are a positive," the report said.

Step one in the Australian Government's easing of lockdowns includes the reopening of outdoor gyms, playgrounds and skate parks with a limit of ten people. 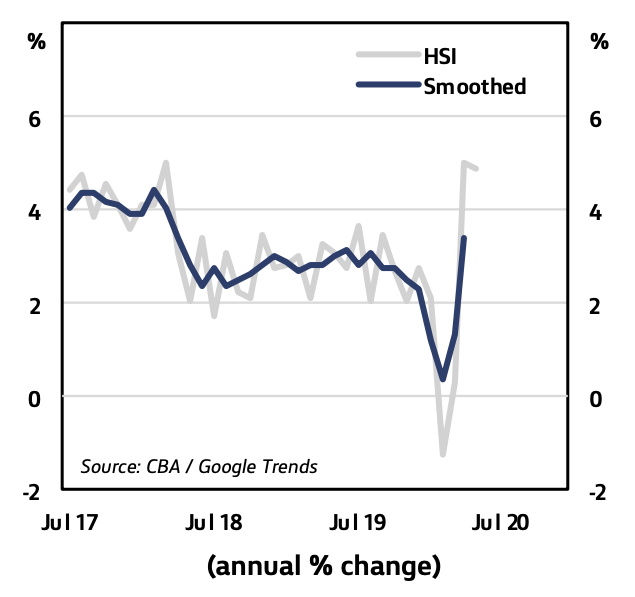