86 400 slashes rates as you pay off your home loan Neobank 86 400 has launched a new strategy to reward customers for paying down their home loan.

The lender has introduced tiered variable rates for its 'Own Home Loan', dropping borrowers' interest rates as they lower their loan to value ratio (LVR).

The three tiers of variable rates for owner-occupiers making principal and interest (P&I) repayments are:

Investors making P&I repayments can also take advantage of the tiered system, with rates of:

The new rates are effective from 20 August 2020 and apply to all variable rate customers, including existing Own Home Loan customers.

Melissa Christy, Lending Product Lead at 86 400, said the neobank was thrilled to reward customers for paying down their loan.

"We built 86 400 to help Australians take control of their money," Ms Christy said.

"By reducing the variable loan rates for customers with more equity in their property, we are helping our customers do more with their money. With rates at an all-time low, it's a great time to refinance." 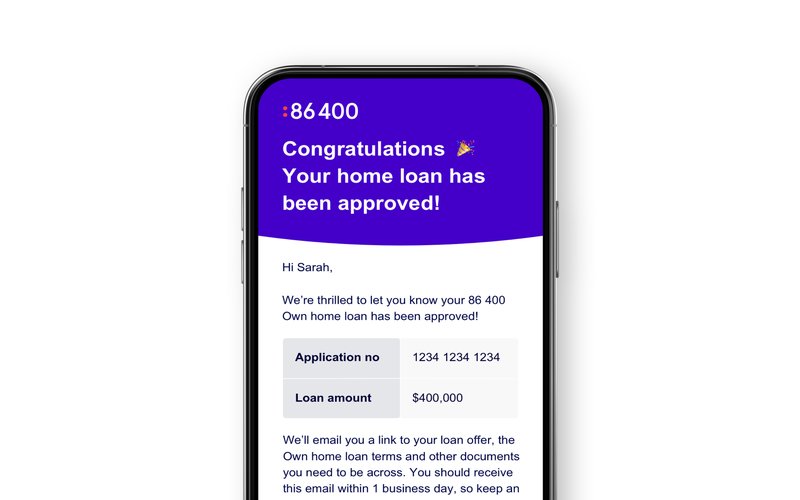 86 400 is also offering a $2,000 cashback reward when you refinance before the end of the month and boasts an approval time of hours, rather than days.

The neobank celebrated its first anniversary as a bank in July, launching its savings and transaction accounts in September of last year and its all digital mortgage business in November.