The average owner occupier mortgage size, in original terms, was $481,790 in January, up from $477,548 according to the latest Australian Bureau of Statistics' (ABS) data.

While there was a pullback in the number of owner occupier loans written - after a December rush due to HomeBuilder being scaled back in January - the average mortgage size continues to grow.

In seasonally adjusted terms, first home buyer numbers are up 70.8% compared to a year ago, and are also borrowing an average of $429,669.

ABS head of finance and wealth Katherine Keenan put some of the growth down to HomeBuilder.

“Since the HomeBuilder grant was introduced in June 2020, there have been record rises in the value of construction loan commitments," she said.

"Loan applications made late in 2020 (prior to the reduction of the HomeBuilder grant on 1 January 2021), contributed to the strong rise in January’s construction loan commitments of 15.7%.”

"Many have diverted funds that would have typically been spent on travel and entertainment into improving their homes," she said.

ABS data coincides with the CoreLogic home value index growing at its fastest rate in 17 years.

See Also: What is a housing bubble, and is Australia in one?

Variable loans funded continued to be more popular than fixed rate loans, at $23.8 billion worth, compared to $14.3 billion in January.

Prudential regulator data released last Friday also shows that the number of mortgage deferrals continues to slide, representing just 1.8% of the overall Australian mortgage market as at the end of January.

This is down from highs of 10-11% seen in May and June last year, however high loan-to-value ratio (LVR) borrowers are over-represented in deferral data - making up 11% of deferrals, yet only 6% of the wider loan market.

Approximately $14 billion in loans (both residential and small business lending) exited deferrals in January, while $1 billion entered or extended their deferrals.

A simply massive housing finance approval number for January - this must be getting policymaker attention, the horse is bolting... #ausbiz pic.twitter.com/BuH9C5NMST

A new way to invest in 'affordable' housing

The partnership will initially allow fragmented investors to invest in 18 affordable housing apartments in Rydalmere, in Sydney's west.

CEO of Bricklet Darren Younger said there is a "shortfall in investment" in affordable housing.

"By fragmenting affordable housing supply into affordable bricklets, we can incentivise new investors into the sector, giving everyday Australians the ability to fund the housing projects Australia so desperately needs," he said.

Property management rests on affordable housing providers, such as Evolve Housing, and there is scope to expand the scheme nationally.

'Fragmented' property platforms, such as Bricklet, differ from 'fractional' platforms in that investors are buying real estate with a title, instead of investing into a trust that then invests in property.

Bricklet's fee is typically 6% of the fragment price, which includes stamp duty and conveyancing. 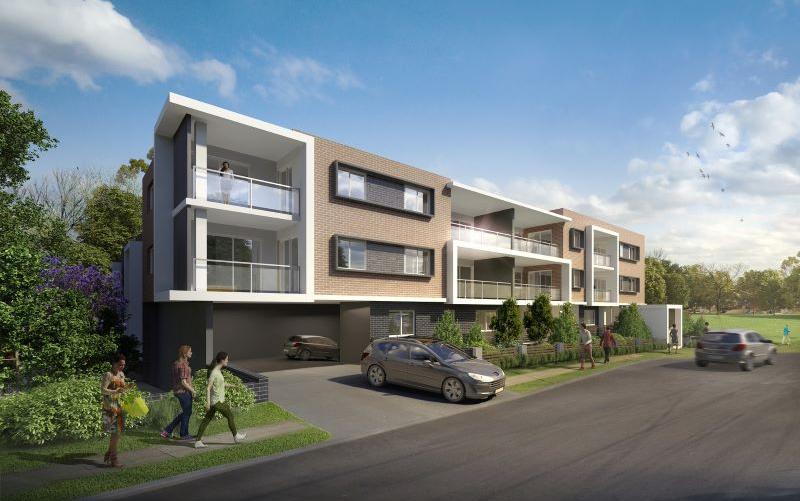