Home / Home Loans / Buying First Home / “This is not a problem caused by avocado brunches or too many lattes”: Millennials financially worse off than Baby Boomers

“This is not a problem caused by avocado brunches or too many lattes”: Millennials financially worse off than Baby Boomers Photo by Matheus Ferrero on Unsplash

A new Grattan Insitute report, “Generation Gap: Ensuring a fair go for younger Australians” reveals younger generations are in danger of being the first generation to have lower living standards than their parents’ generation. 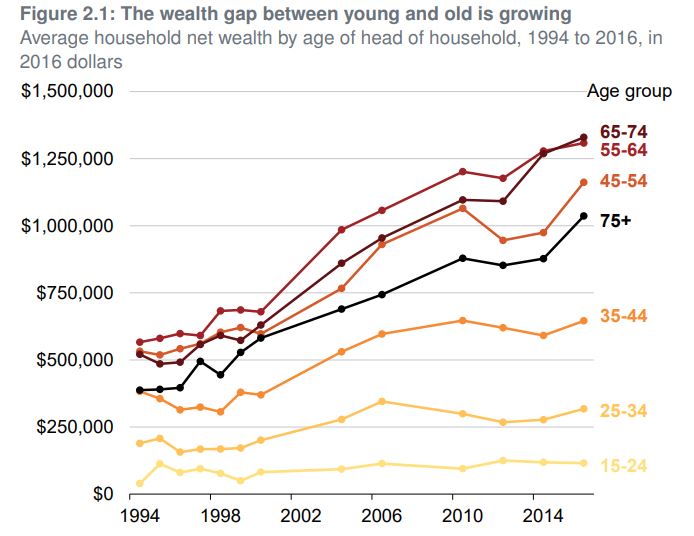 But researchers Danielle Wood and Kate Griffiths found the “wealth bonanza has been far from equally spread”.

“Most of the increase in wealth has been accumulated by older households, who benefited most from the housing boom and growth in superannuation assets,” the report said.

“For younger Australians, wealth has barely shifted in the past decade. And poorer young Australians today have even less wealth than their predecessors.”

If you’re an Australian millennial who can’t afford a home, it’s probably because you spend all your money on smashed avocados and lattes, right?

Not according to the Grattan Institute, who has shut down the avocado trope that has defined a generation of young Australians.

“It’s a myth that young people’s spending habits and lifestyles are to blame for their stagnating wealth. This is not a problem caused by avocado brunches or too many lattes,” says the report’s lead author, Grattan’s Budget Policy Program Director Danielle Wood.

In fact, younger people are spending less on non-essentials like alcohol, clothing, and personal care, and more on necessities like housing, than they were three decades ago.

The report says this suggests they’re restricting their spending on luxury items to accommodate the growing cost of essentials and to save and invest.

Home ownership out of reach?

The report found that young Australians are less likely to own a home than young people were in the past.

“Home ownership rates are dropping fastest for the young and the poor. In 1981, 60% of people in the lowest wealth quintile aged 25-34 owned a home. Today the figure is just 20%,” the report said.

“Younger Australians are less likely to own a home than their parents at the same age, and those who do are taking on a lot more debt. The conditions that precipitated the rapid growth in wealth for older Australians are unlikely to be repeated.” 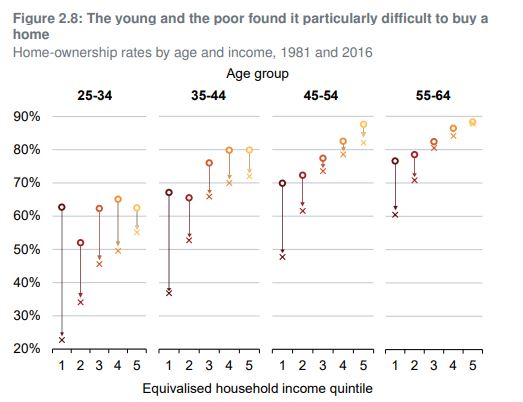 “For most of the 20th century, each generation was wealthier than the one before it at the same age,” the report said.

“But in the US, UK and many European Union countries, millennials have lower wealth than members of earlier generations at the same age. There is a risk Australia could go down the same path.”

The report found younger Australians are unlikely to see the same capital appreciation from the house price boom as their parents did while forcing them into even more debt just to get into the market.

The report says policies to boost economic growth, such as tax reform, better education and smarter infrastructure spending, are needed.

Reducing or eliminating tax breaks for “comfortably off” Australians would be a start.

“Just as policy changes have contributed to pressures on young people, they can help redress them. Every generation faces its own unique challenges, but letting this generation fall behind the others is surely a legacy none of us would be proud of,” Ms Wood said.

“The time for action is now: none of us wants the legacy of a generation left behind.”

A White Paper released today by University of Melbourne academics says reform to Australia’s personal finance sector is vital for the future wellbeing of Australians.

Co-author from the Faculty of Business and Economics Carsten Murawski said many Australians have lost trust in financial institutions, which is holding them back from improving their financial situation.

“About two-thirds of Australians face some level of financial vulnerability and stress. Financial concerns are now the number one concern among young people,” Professor Murawski said.

The paper, titled FinFuture – The Future of Personal Finance in Australia, calls for financial literacy skills to be taught in school.

“A lack of financial literacy is often another major obstacle for good financial decision-making,” the report said.

“Schools should be the primary channel through which financial literacy training is provided to young Australians.

“However, financial education should not stop when people leave high school. It should continue in later stages of people’s lives, ideally around points in time when people are about to make important financial decisions.”