Homes sold at auction have reached record-breaking prices in March thanks to unprecedented demand for available property.

Dr Andrew Wilson, chief economist at Archistar, said it was unlikely we had yet reached the peak of auction prices.

"Although April is typically a quieter month for auction activity with buyers and sellers distracted by holidays, results will nonetheless likely continue to track at record levels with home prices set to go higher and higher." 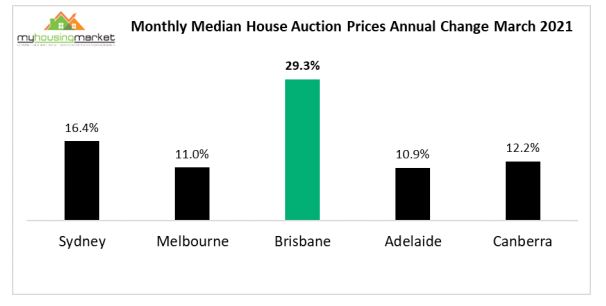 The figures are a stark contrast to median dwelling values, as according to CoreLogic, the median value of Brisbane homes is $535,618, less than half the median auction price. 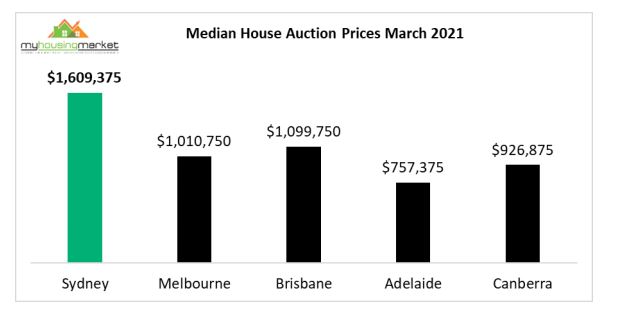 Dr Wilson said sky-high auction clearance rates off the back of massive buyer demand were also pushing values up.

"All capitals recorded clearance rates higher than reported over March last year with the growing impact of covid shutdowns influencing results at that time." 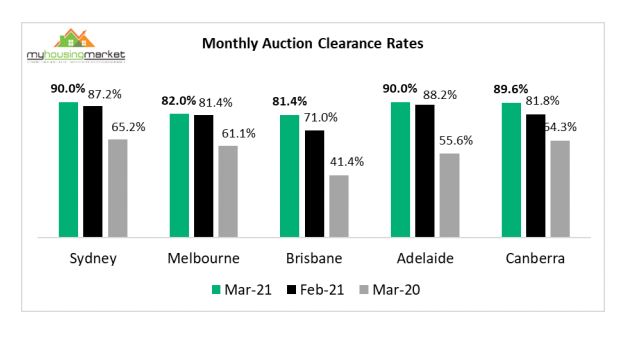 According to CoreLogic, 3,791 homes were taken to auction across the combined capital cities last week, the busiest week for auctions since the end of March 2018.

In comparison, the week prior saw 2,710 auctions held across the capitals, while the same period last year saw 3,289.

The higher volumes saw the preliminary clearance rate strengthen, with 84.7% of auctions recording a successful result, up from the previous week's clearance rate of 82.0%.

Sydney's final auction clearance rate continued to maintain strength holding above 80% for the past seven weeks, which CoreLogic expected to be no different this week.

CoreLogic's executive research director Tim Lawless said it had been a matter of time before the housing market boom saw Melbourne hit a new peak.

“Reflecting what we saw in Sydney earlier this month, Melbourne dwelling values have now surpassed their previous peak to notch up a new record high," Mr Lawless said.

"Following a decline of -6.1% through COVID-19, values have since grown by 6.7%, and are now sitting 0.2% above their recent high recorded by CoreLogic’s hedonic daily home value index on 6 April 2020.”