Most Australians predicted property prices would fall in 2020 back in April, but a fair chunk of them were well off the mark, according to new data.

A Budget Direct survey conducted in April found the majority thought property prices would fall over the following three to six months.

Of these, the vast majority anticipated an average fall of 20% or less, while around 13% predicted a fall of more than 20%.

The remaining respondents said there would be no change in property prices.

How much do you think property prices will rise/fall over the next 3–6 months? - Australia 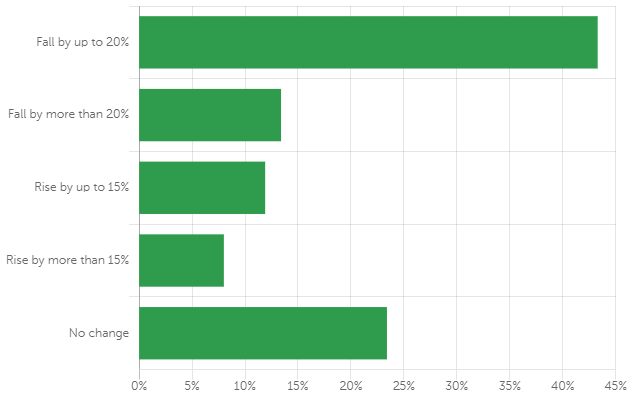 These predictions are somewhat in line with the predictions made by other major banks and research institutions.

The University of Melbourne forecast a 4.4% decline in the June Quarter (end of March to end of June), followed by another 2.3% drop in the September quarter.

Meanwhile, in May Commbank predicted a coronavirus-led house price drop of up to 30% in a worst-case scenario, while NAB also said in April house prices could drop by a cumulative 30%.

ANZ also said prices could drop by up to 13% in Sydney and Melbourne through to mid-2021.

But so far, house prices have remained resilient.

The CoreLogic Home Value Index for June showed that over the June quarter, national median dwelling values declined by just 0.8%, and despite recent falls, estimates of market activity showed a further improvement from the April low.

“The key going forward will be increasing levels of employment, public and private investment and consumer confidence based on the ongoing impact of COVID-19.

"This sets the scene as we walk the tightrope to full economic recovery."

Although there's still the September quarter results to come, it's looking like property prices could remain relatively stable, meaning those who predicted falls by more than 20% by September could be well off the mark.

The state-level responses were fairly consistent with the national averages, with most people across all states predicting property price falls by up to 20%.

In terms of age, the 45-54 age group was the most bearish, as it had the highest portion of people predicting a fall in prices of more than 20%. 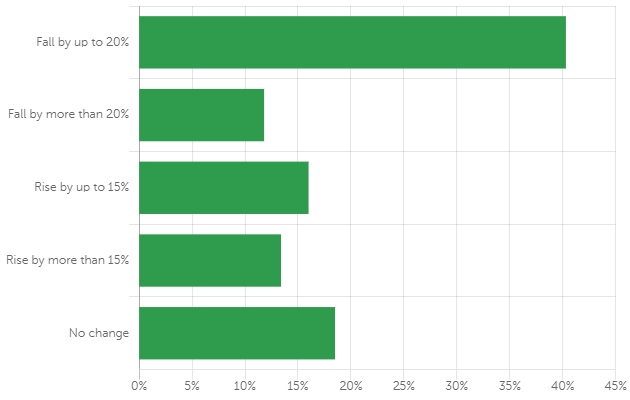 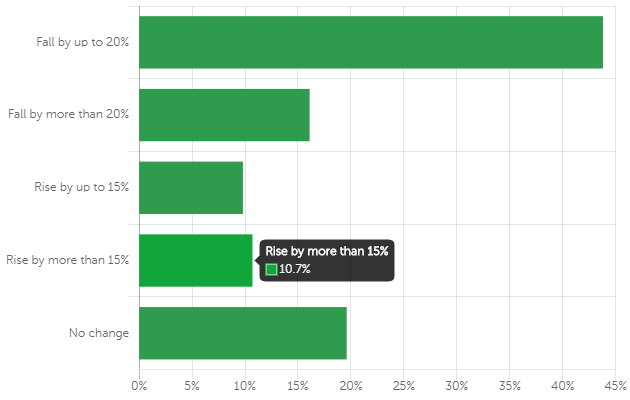 Meanwhile, in terms of gender, women seem to be more bearish.

Just over a third of men and nearly half of women anticipate a drop of up to 20%, while more men expected no change in house prices. 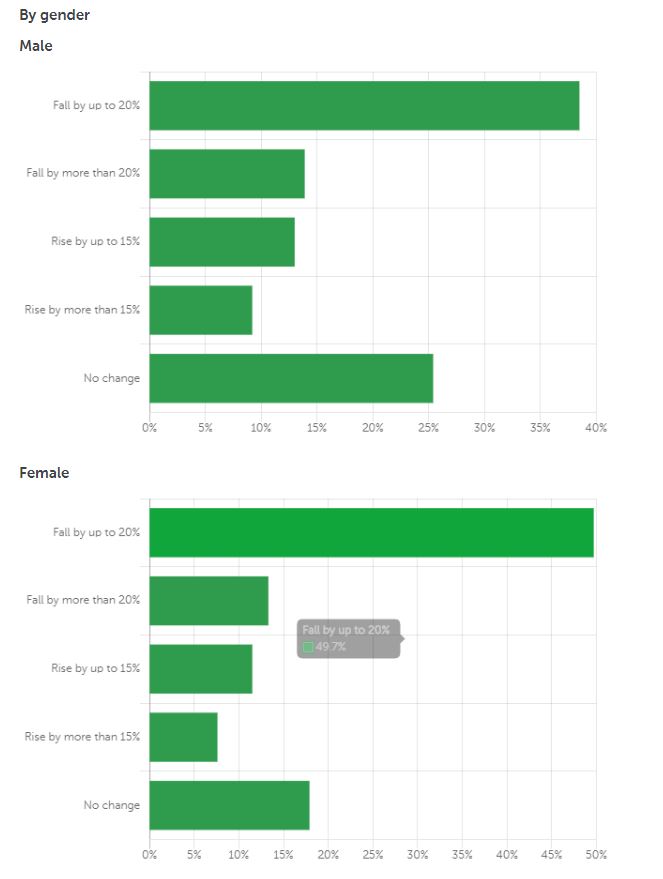 9/10 have no intention of buying or selling anytime soon

Around 85% of respondents said they have no intention of buying or selling property in the three to six months following April 2020.

Of those who do intend to buy or sell, there are more buyers than sellers.

Of those respondents who were planning to buy or sell property before COVID-19, nearly 60% intend to go through with their plans, and roughly half of those who have delayed their purchase/sale intend to wait up to 12 months now.

About a quarter of respondents are unsure if they can afford their mortgage or rent repayments, reflecting the high levels of uncertainty COVID-19 is bringing to the economy.

[Read: Resuming your home loan repayments after a mortgage holiday]

Do you intend to buy or sell property in the next 3–6 months? 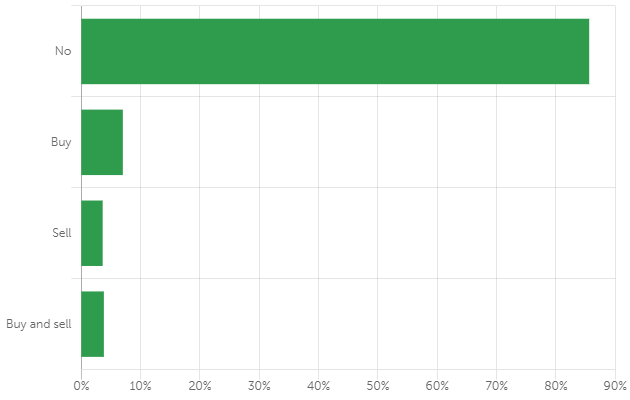