Outraged': How HomeBuilder has failed this rural Aussie couple Photo by Greyson Joralemon on Unsplash

One Australian couple have begged the Morrison Government to revise the terms of the HomeBuilder grant.

You must be an Australian citizen to be eligible, and earn less than $125,000 as a single and less than $200,000 as a couple. More details on the scheme can be found here.

Peter Knobloch told Savings.com.au that he and his wife weren't eligible for the grant due to land value being included in the value of a new home build.

The 63 year old was forced to evacuate his home in December due to the horrific bushfires that ravaged rural New South Wales, and said while his home hadn't been destroyed like so many others, it had wiped out his income and caused mental health issues.

"We were locked down a long time ago before Corona even hit the streets," Mr Knobloch said.

"I have a landscape photography business and I put my prints on canvas and sell them to local tourists.

"Of course, there's been no tourists, so we've had no income for six months." 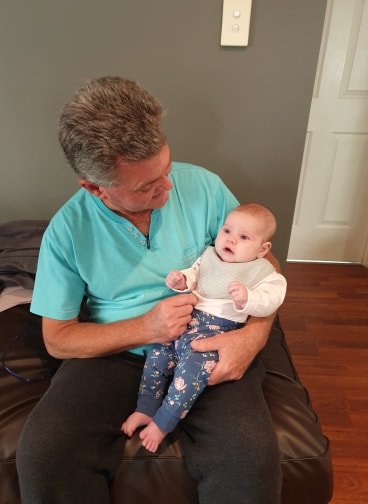 Picture: Mr Knobloch and his granddaughter

Mr Knobloch said he and his wife had bought a block of land for $350,000, closer to the coast to escape bushfires and planned to build a modest $500,000 home on the block.

As the total cost exceeds $750,000, Mr Knobloch doesn't qualify for the HomeBuilder grant, and said he was absolutely outraged.

"We qualify on every other front, we've had no money coming in from the Government, not even the $750 grant," he said.

"We've had no Jobkeeper, nothing from the Government.

"And now our opportunity to at least receive $25,000 which would go a long way to helping pay for the $500,000 for the house, has been snapped away because of four little words: This includes land value."

Mr Knobloch said he and his wife had to draw from their retirement savings to pay for the land, and didn't understand how someone completing exorbitant renovations to a home they already owned would receive the grant.

"How can somebody that has a $1.5 million home be able to do a renovation for up to $750,000, and yet you're trying to build a modest home under the circumstances we find ourselves in and not qualify.

"It's this disparity which is disappointing, what do we have to do to qualify for something?

"It's not stimulating the economy." 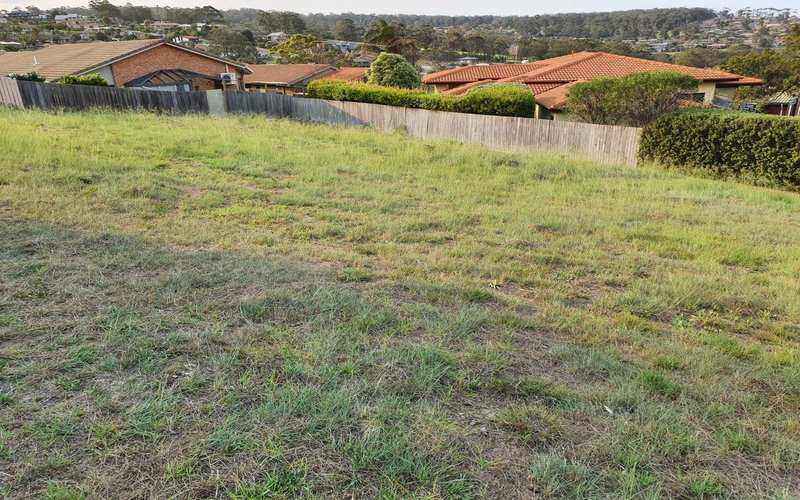 Mr Knobloch said the Prime Minister was prioritising metropolitan areas over rural ones, and his community had received almost no support.

"In his statement he says, we're really all about helping people in rural areas. Well I'm here to tell you, no you're not mate.

"There's been a complete lack of support for the people here that have been affected by fire in this community.

"We don't all live in a capital city."

Mr Knobloch said after being ravaged by fires and the pandemic, the mental health of the people in his community was severley deteriorating.

"There's going to be many, many people in our position so we need to speak up," he said.

Mr Knobloch isn't alone in his criticism of the grant.

The Australian Council of Social Service (ACOSS) has also criticised the scheme, saying the plan is a wasted opportunity.

"There is no argument that the construction sector needs a shot in the arm, but this money will not go where it is most needed," ACOSS chief executive Dr Cassandra Goldie said.

"It will largely benefit those on middle and higher incomes undertaking costly renovations, without any related social or environmental benefits."

Read: How the experts reacted to HomeBuilder.

"This package is one tenth of the size of what the Rudd government rolled out in the GFC and it's arguable that the economy and the construction sector is in a far worse situation now than then," Mr Clare said.

An almost $700 million plan to boost our construction industry is already being slammed. @vanOnselenP has the details. #auspol pic.twitter.com/QuaZkViRgL