According to superannuation platform Superhero, 17% of Aussies don't know what investment option they are in.

The survey of 4,000 members, showed that the least informed were young Australians (18-24), with 24% not knowing what options their super was invested in.

The survey also showed that 52% of all Aussies don't know how much they are paying in fees to their current fund.

Superhero co-founder and CEO John Winters said that while all customers want growth, many aren't actively checking where their money is going.

“It’s shocking to think that so many don’t know what their super is being invested in.”

"While retirement is thought of as something down the track for many, understanding how super works and how Aussies can set themselves up for a successful retirement should be considered a priority from when they enter the workforce,” he said.

Where Aussies want to invest their super

The research also showed the assets in which Superhero customers would most like to invest their superannuation.

"We’ve learnt that our customers want increased control and flexibility when it comes to how their superannuation is invested," Mr Winters said.

"ETFs themselves are a great way to have multiple bites of the cherry when it comes to investing as they’re made up of several different assets."

Additionally, over two-thirds (69%) of customers aged 45 and over would prefer to invest their super in ASX shares.

"Crypto is an interesting one too – it’s obviously a newer form of investment and younger Aussies clearly see the potential.” 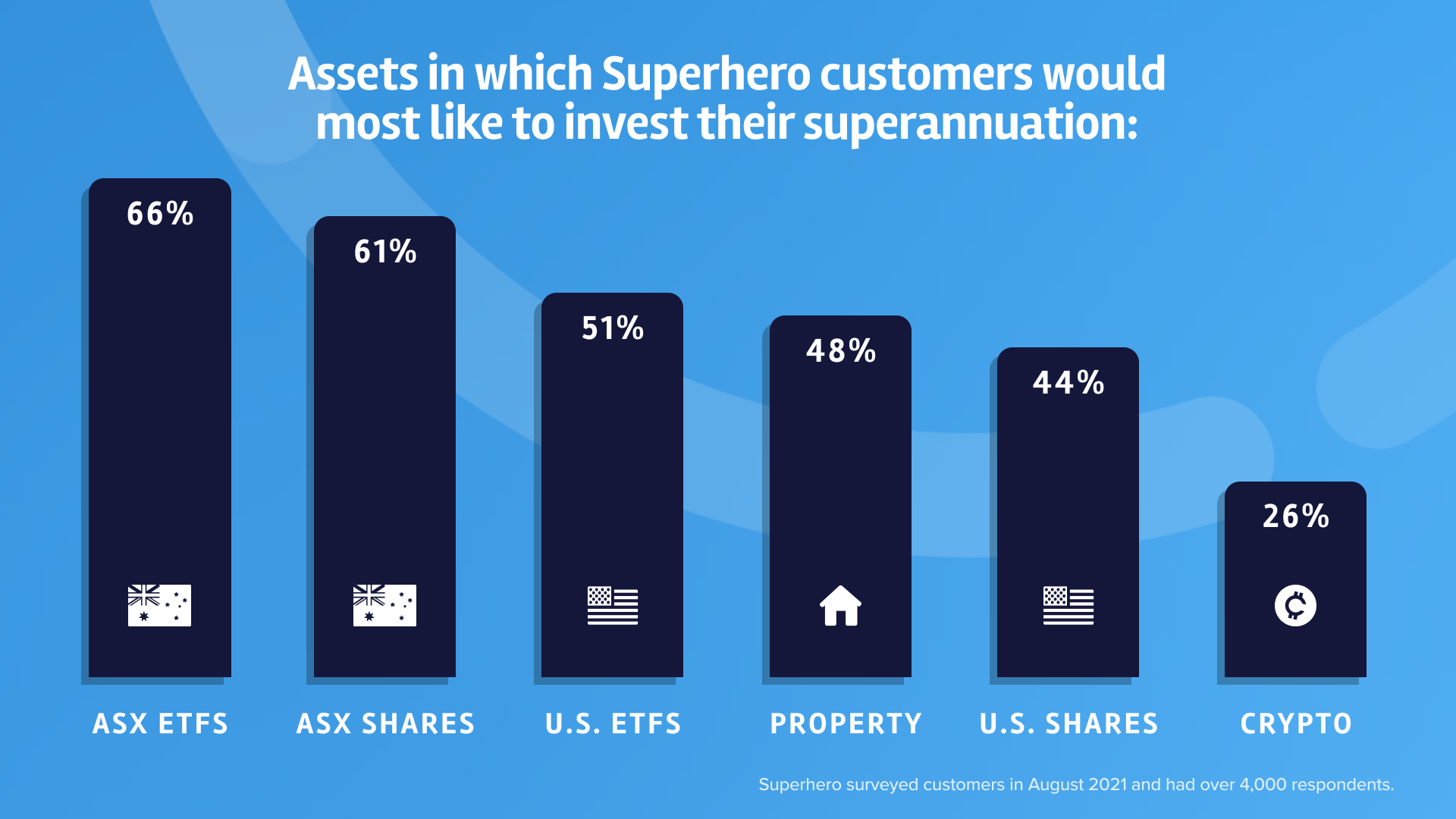 Base criteria of: a $400,000 loan amount, variable, fixed, principal and interest (P&I) home loans with an LVR (loan-to-value) ratio of at least 80%. However, the ‘Compare Home Loans’ table allows for calculations to made on variables as selected and input by the user. All products will list the LVR with the product and rate which are clearly published on the Product Provider’s web site. Monthly repayments, once the base criteria are altered by the user, will be based on the selected products’ advertised rates and determined by the loan amount, repayment type, loan term and LVR as input by the user/you. *Comparison rate is based on a loan of $150,000 over a term of 25 years. Please note the comparison rate only applies to the examples given Rates correct as of October 23, 2021. View disclaimer.

Image by Campaign Creators via Unsplash

One in three working Aussies still at risk of poverty