Greater-Sydney’s empty properties are enough to shelter the entire population of a town the size of Wagga Wagga or Tamworth, according to one property research firm.

Simon Pressley, head of research at Propertyology, said Greater-Sydney ushered in 2019 with 25,000 empty dwellings, enough to house over 60,000 people.

According to Mr Pressley, the number of vacancies in Sydney could rise even higher, with plenty more new stock to come onto the market.

“I wouldn’t at all be surprised if there were 30,000 vacant dwellings across Greater-Sydney by year’s end,” he said.

“That would equate to enough shelter to house a city the size of Coffs Harbour, Australia’s thirtieth largest city.”

Mr Pressley said this rate will probably push past 4%.

Over the year ending January 2019, Sydney’s median rents fell 4.5% for houses and 2.8% for units, according to SQM research.

Mr Pressley said the Harbour City’s current rental market is a byproduct of a few years of all-time record high new supply, with a high proportion of this new supply being added to Sydney’s rental pool. 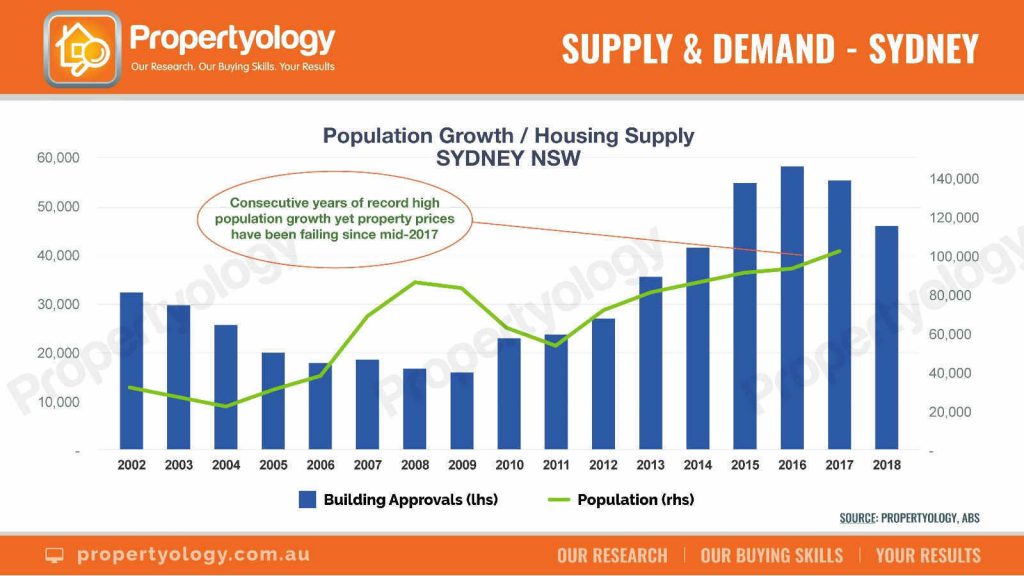 The supply of new properties has since slowed down, with Australia-wide monthly building approvals slumping to a five-and-a-half year low in December 2018.

Just over 4,200 of those approvals were in NSW, which was the lowest figure for the state since September 2014.

This rebounded slightly in January 2019 to 4,706, according to ABS figures released today.

Mr Pressley said rents are a completely different story in regional NSW, where developers have not flooded the market with new stock.

“In most cases, rents have been under pressure to rise and vacancy rates are likely to tighten even further,” he said.

“Vacancy rates in Wagga Wagga (2.5%) and Tamworth (1.8%) are currently trending lower, while Albury and Armidale both sit at a tight 1.6% and falling.”