Photo by Benjamin Sow on Unsplash

Despite a stronger-than-expected rise in employment in April, Australia’s unemployment rate has risen to 5.2% amid a surge in workforce participation.

Seasonally-adjusted employment rose by over 28,000 in April – almost double economists’ median estimate of 15,000.

But this robust increase was out-gunned by a jump in the participation rate to a record high of 65.8%, leading to the seasonally-adjusted jobless rate’s rise to 5.2%. 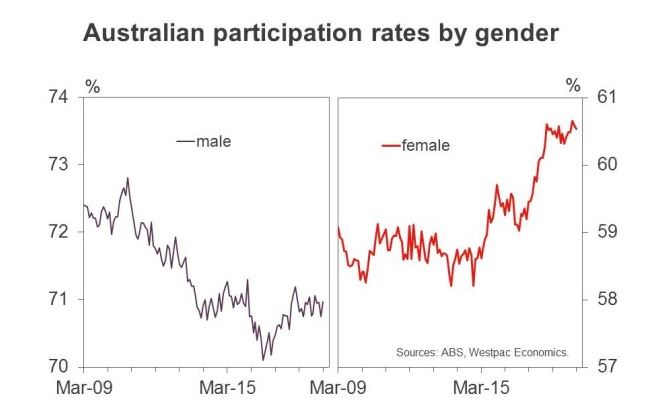 The news was enough to take the Australian dollar below 69 US cents today to its lowest point in three years.

So will the RBA cut the cash rate next month?

While the Reserve Bank of Australia (RBA) signalled it would strongly consider cutting the cash rate if unemployment rises amid stagnant inflation, economists are divided as to whether today’s figures are enough to force the central bank’s hand.

CommSec chief economist Craig James said the RBA won’t make a “knee-jerk response” to the results and will instead wait for the air to clear before it makes a judgement.

“If interest rates were to be cut, August seems the earliest time period that this could occur – after two more months of job figures,” Mr James said.

“It has to be remembered that stimulus from tax cuts is likely to flow through to workers from July/August. And that could push any need for monetary stimulus out to November.”

Mr James said the rise in the jobless rate was a result of the pre-election economic slowdown.

“When the election is out of the way, business will get back to business as we have seen after previous polls,” he said.

“More people are finding work and more people are looking for work. The NSW trend jobless rate is still at record lows. So the job market remains solid.”

“The RBA has said that a lack of improvement in the labour market would warrant a cut, such that today’s deterioration is likely to be of great concern to them,” Ms Owyong said.

HSBC’s economists had long held onto the view that the RBA would keep the cash rate on hold throughout the year, but today’s jobs figures were enough for them to drastically change their forecast.

“There is little reason to wait – we expect a 25 basis point cut in June and another cut in August, taking the cash rate to 1.00%,” HSBC said.