Non-bank lender Nano amasses $550m in mortgages in a year In a joint research effort with CoreLogic, Nano revealed other lenders' customers are losing out on property because the approval process is too long.

Towards the end of last year, the national average of time-on-market was 20 days. In the three months to May, that had trickled up to 28, but still remains far below pre-pandemic levels.

The national 10 year average is 40 days on market, according to CoreLogic head of research Eliza Owen.

"[An] interesting trend ... is just how much that that closure in terms of days on market has occurred across the regional markets of Australia as well," Ms Owen said.

"So historically, it would take an additional average three weeks for a regional property to sell compared to a capital city property over the course of this upswing - that differential has narrowed to about five days."

Ms Owen said the research showed some postcodes had an average of about seven days on market, such as Eatons Hill in Brisbane's north.

"We still see that resilience in the Brisbane market, again, when we're still observing increases in prices. Brisbane was up another 0.8% through May," she said.

Nano demonstrated how its home loan application and approval process can take as little as 10 minutes, with approval running live concurrently as the applicant fills out the online form.

In a Pureprofile survey of 1,000 respondents commissioned by Nano, 27% said their application took three to six weeks (or longer) to process.

One in five (20%) also said they missed out on a property due to a delay in securing finance.

"The [application] architecture that the main lenders are using are lots of middleware layers and spaghetti that's put over the top, because they don't want to change the core in the backend," Nano CEO and co-founder Andrew Walker said.

"[Pre-approvals] are popular with traditional lenders ... because they're the papier-mâché over the inability to actually make a decision in a timely fashion."

For example, at one stage in 2021, ANZ was losing $1 billion in mortgage customers per month as brokers reported their clients experienced six-week delays between application and approval.

The average time to 'yes' for ANZ was about 32 business days.

"What we didn’t predict ... was the huge, sustained rise in application volumes in 2021, particularly in the refinance market with customers shifting to take up fixed rates," he said.

Recent ABS and PEXA data shows refinancing volumes and values are lower than record highs seen in late 2021, but are still elevated.

However, next year is when the first fixed mortgages secured under the cheap Covid funding conditions will roll off into variable rates, expected to be much more expensive, which could trigger a refinancing frenzy.

For example, CBA has $89 billion in fixed mortgages expiring in 2023.

Nano co-founder and CXO (chief experience officer) Chris Lumby said those who locked-in sub-2% mortgages two or three years ago might be shocked to learn they can only refinance to variable rates around 4% from 2023.

Part of the problem for lenders such as ANZ is that the loan processing teams cannot keep up with the influx of new and refinanced mortgage applications.

However Mr Walker said it's unlikely Nano will experience a blow-out in approval times.

"It frankly doesn't matter what the volumes are that come through; the only choke point will be if there are some loans that come through that do require an underwriter's assistance," he said.

"Our average handling time for a mortgage that doesn't go straight through is approved [in] 18 minutes."

Until a couple months ago, Nano accepted only refinances but now accepts new lending. 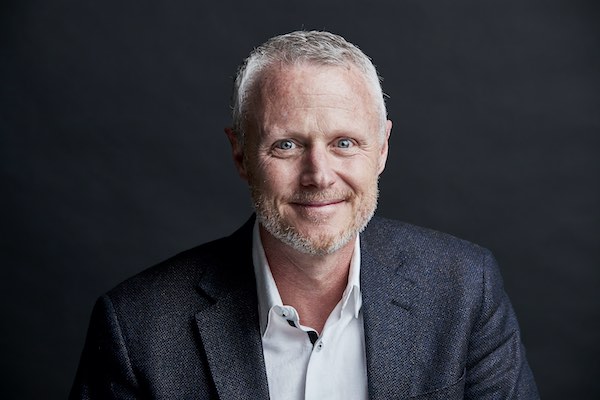 The rise of "mortgage prisoners"

An influx of home buyers amid rising interest rates could mean some borrowers fall into negative equity - a case where they owe more on the mortgage than the home is worth.

This is dubbed as being a "mortgage prisoner".

CoreLogic's Ms Owen said many borrowers will be okay because they have amassed considerable equity, and are subject to the prudential regulator's 3% serviceability buffer.

However for those in boom-or-bust cities, it could be a different story.

"We actually did see a significant decline in Perth property prices between 2014 and 2019 - about 20% through that period - and that was an off the back of rising rates in a strong economic environment that was off the back of a collapse in the mining sector," Ms Owen said.

"Now, through that period, the arrears rate did double but it was still at very low levels of about 3%, compared to a national average is about  1.5%.

"So I think that does speak to some stability in the mortgage market.

"I think absolutely, some people will be feeling the pain. And once we see more people rolling off of those fixed rates, then they'll probably be looking for something competitive."

Mr Lumby said Nano might be able to weather any rises in interest rates because it is a more conservative lender.

It does not accept loan-to-value ratios higher than 80%, meaning customers must have at least a 20% deposit or equity.

The maximum debt-to-income (DTI) ratio is eight-times, but applications more than six-times are sent to an underwriter for further dissemination.

Prudential regulator data shows mortgages held by homeowners with DTI ratios above six-times amounted to nearly a quarter of the mortgage book in December 2021.

This comes as the major banks lowered their debt-to-income levels: ANZ reduced its ratio to 7.5 from 9, while NAB cut its ratio to 8 from 9.

"We always build in appropriate buffers. And we have a 3% buffer that is built in ... whenever we assess a loan," Mr Lumby said.

"As the RBA increases rates ... people can't meet serviceability at that increased level again; that can make them a prisoner of their current mortgage."

This comes as Nano increased its own variable mortgage rates by 50 basis points.

Mortgage securities are a popular way for non-banks to generate cash to lend as they cannot take customer deposits like a bank.

They involve packaging up thousands of mortgages and offering them as a giant investment pool for investors to pile money into, with riskier mortgage pools attracting more interest and vice versa.

However, spreads - the interest a lender pays - on RMBS and wholesale funding are widening on the whole.

RBA data shows since 2000, the average spread of the safest tranches of securities was 0.35% above the bank bill rate (the base rate).

In recent deals, top-flight tranches had spreads of around 1.05% to 1.30% with rates expected to track higher in coming months.

This comes as Macquarie introduced a 1.5% transaction account to get deposits back on its books; over the past couple of years its "funding gap" between mortgages and deposits reportedly blew-out by $30 billion as new mortgages outpaced new deposits.

Photo by Erda Estremera on Unsplash