An RBA figurehead has raised questions about cryptocurrency, saying it is no threat to the central bank or the Aussie dollar.

The RBA has addressed the future of cryptocurrencies in a speech made on Thursday by Head of Payments Policy Tony Richards, teasing a central bank digital currency.

"A wide range of investors, from households to hedge funds, appear to believe that there is a significant role for cryptocurrencies as investments," Mr Richards said.

"This has been accompanied by the launch in various jurisdictions of crypto versions of financial products associated with more traditional asset classes – for example, futures contracts, exchange-traded funds and even micro futures contracts to make smaller investments more accessible.

"And some mainstream financial institutions are providing access to crypto-assets to their customers. At the same time, for reasons that I will touch on, much of the official sector globally remains sceptical of developments in the cryptocurrency market."

The "mainstream" he is referring to is likely CBA's new crypto feature on its app, set to become available in the coming weeks for customers.

Mr Richards also speculated on the true percentage of Aussies who have bought crypto.

"While cryptocurrencies have clearly captured the attention of many, no doubt fuelled by influencers and celebrity tweets, it is unclear how widely held they are," he said.

"I must say that I find these statistics somewhat implausible. I cannot help thinking that the online surveys they are based on might be unrepresentative of the population."

Despite his skepticism, Mr Richards did admit to being a crypto trader himself, having bought Bitcoin in 2014.

"But having raised questions about how widely cryptocurrencies are held, I probably should offer a disclosure – namely, that I have had a cryptocurrency wallet since June 2014 – after all, part of my job is to try to understand new payment instruments and technologies.

"My initial purchase was a small amount of bitcoin, which I have used for a few small transfers and even a purchase at a café that accepted bitcoin, and then to diversify into some ether in August 2018. I stress that the amounts in question are still pretty small." 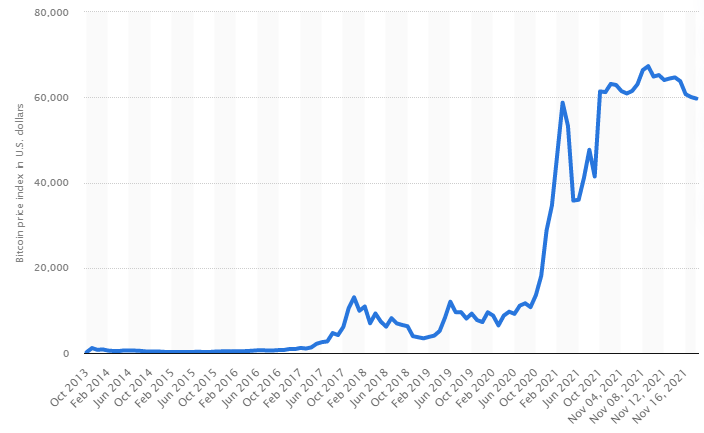 Mr Richards raised points regarding the volatility of bitcoin.

This comment was in reference to digital currencies such as bitcoin becoming more mainstream.

He also said that expects tokenised asset transactions will typically be settled in fiat currencies.

Fiat currency refers to a type of money that is not backed by any commodity such as gold or silver, and derives its value solely from the trust that people place on it.

"Central bank digital currency (CBDC) is a potential new form of digital money that would be a liability of (or a claim on) the central bank," he said.

"A retail (or general-purpose) CBDC would be like a digital version of cash that is universally accessible, presumably via wallets on phones and possibly via purpose-built devices like smart cards.

"The CBDC would be convertible at par (i.e. one for one) with other forms of money, and in all likelihood it would also be specified to serve as legal tender."

Image by Bermix Studio via Unsplash