A new report has found health care and social assistance is likely to be your best bet at a job over the five years to November 2025.

The latest Industry Employment Outlook from the National Skills Commission found four industries alone will generate more than three-fifths (64.4%) of total employment growth in that period.

The report projected the industries to watch are: 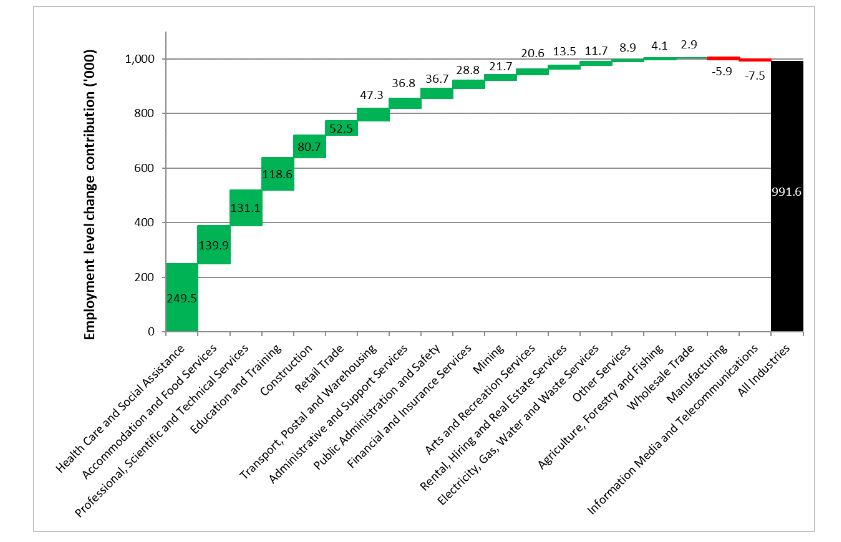 National Skills Commissioner Adam Boyton said employment was projected to increase in 17 of the 19 broad industries in the next five years.

“The Health Care and Social Assistance industry is projected to make the largest contribution to employment growth to November 2025, continuing the long-term trend as the primary provider of new jobs in the Australian labour market,” Mr Boyton said.

Jobs in manufacturing as well as media and telecommunications sectors were projected to have the fewest jobs in the next five years, losing 5,900 and 7,500 jobs respectively.

The report also studied the resilience of jobs based on pre-pandemic employment growth expectations, the shock to employment from COVID, and the consequent recovery to date.

Delivery drivers were the only low-skilled occupation among the most-resilient jobs, evidencing the boom the sector has experienced through Uber Eats and the like.

Aquaculture workers were the exception, being among the least resilient job prospects despite needing a high-degree of expertise.

The ANZ-Roy Morgan weekly consumer confidence fell 0.5% after a 0.9% fall last week, despite unemployment falling to 5.8% on Thursday.

"The very positive news about the labour market in February, with a strong gain in jobs and the much bigger than expected drop in the unemployment rate have not boosted consumer confidence," Mr Plank said.

"The torrential downpours and overflowing dams causing flash floods along parts of the east coast possibly dampened sentiment, as evident from the index falling 5.9% in Brisbane and 2.6% in Sydney.

"Along with the harsh weather conditions, the JobKeeper program approaching its end may also be causing some apprehension." 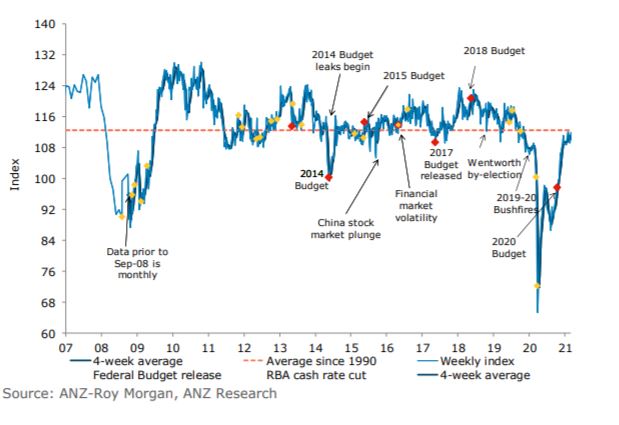 Photo by Bofu Shaw on Unsplash