Victorians forced to miss work due to coronavirus will soon be eligible for a $1,500 "disaster payment", in the wake of tough new stage four restrictions.

Prime Minister Scott Morrison said yesterday that the $1,500 payment will be available to those who have to self-isolate due to the virus but don't have leave entitlements or have exhausted their leave stockpiles, and do not have any payments through JobSeeker or JobKeeper.

This payment will originally only be made available in Victoria which has now entered stage four restrictions and is aimed at curbing the spread of the virus, after Victorian Premier Daniel Andrews said many of the people not isolating after their tests did so because they have insecure work.

“The virus has really laid bare the fault lines of our economy, where we’ve grown so reliant on insecure work," RMIT Professor of work, gender and regulation Sara Charlesworth said late last month.

“We have people without the protection of sick, annual leave. We have people who are underemployed — they’re always really hungry for hours and when they’re offered an additional shift, they’ll jump on it.”

The announcement by the Prime Minister will aim to give protection to those with such insecure work, and follows a similar announcement by the Andrews' Government a few days earlier, which offered a $1,500 hardship payment for those forced to self-isolate and $300 for those who were ineligible for sick leave - with strict eligibility criteria.

This scheme can also be extended to other states and territories should similar outbreaks occur there.

The Prime Minister said there is no reason for those who need to self-isolate to be going to work.

“Today is a day we're letting Victorians know that we are there to support you,” Mr Morrison said.

“And we will be there to support you with a $1,500 payment in the same way that others receive JobKeeper that, if you're put in that situation, you can have that support for that two-week period."

Mr Morrison said this payment is different from the one offered by the Victorian Government.

"Those payments will be principally made to those on short-term visas, so those who are not permanent residents or citizens of Australia who otherwise wouldn't have accessed Commonwealth payments. The Victorian government will continue to provide that support," he said.

"We will make sure that everyone else who finds themselves in this situation and they don't have that leave available to them through their sick leave because it's been exhausted will get a $1,500 payment for that fortnight." 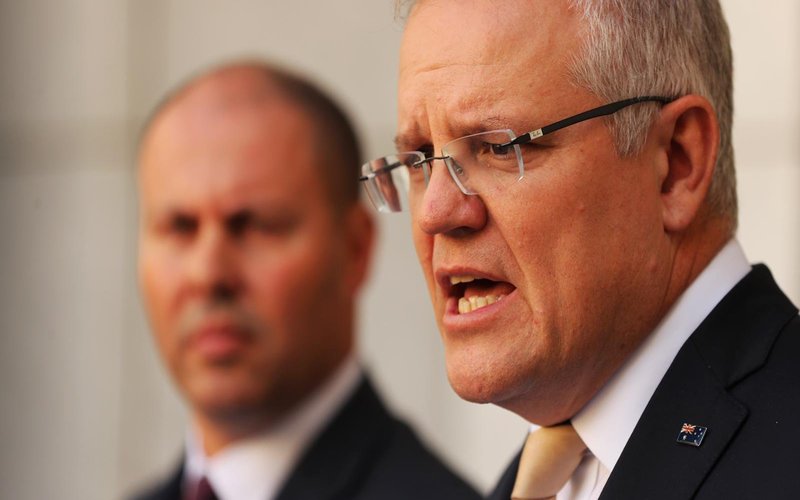 Mr Morrison conceded that the payment will be needed in Victoria for some time, while Opposition Leader Anthony Albanese said the government can't keep "playing catch up on the issue".

"A good step, but we need to get ahead of the virus. We can’t keep playing catch up."

When Labor called for paid pandemic leave, there were 200 coronavirus cases.

A good step, but we need to get ahead of the virus. We can’t keep playing catch up.

According to the Prime Minister, Victorians affected by coronavirus who meet the criteria can call a specific hotline to make an application.

According to the Prime Minister, this payment can be accessed multiple times if needed.

"People can actually access the payment multiple times if, unfortunately, they're in a position where they have to self-isolate as a direct requirement on multiple times and hopefully, that won't be too often, and hopefully people will only have to go through that on the single occasion but we know that isn't always the case," Mr Morrison said.

"I just want all Victorians to know that, here, your Australian Government will continue to stand with you with all the support we can provide because you will get through this and we will get through it together once again."

This payment is not yet available to states and territories other than Victoria, as it is a disaster payment and only Victoria has been declared a state of disaster, so residents outside of Victoria need not apply.