Home / Compare Savings Accounts / JobSeeker increased: What people are saying about it

JobSeeker increased: What people are saying about it The announcement that the JobSeeker base payment rate will be permanently increased has sparked mixed reactions from various groups.

How much is JobSeeker being raised by?

As reported today, the Government will raise the Jobseeker base rate by $50 a fortnight to a new rate of $615 for a single with no dependents, which is $43.50 per day.

That's a $3.50 daily increase from the old rate of $40 per day, which many in the industry had called 'unliveable'.

It is also less than what it is now at $715.70 per fortnight when adding in the $150 coronavirus supplement, which is set to expire at the end of March.

The new $615 unemployment payment is also less than various standard definitions of what the poverty line is, like $1,100 per fortnight per the Henderson rate (seen below) or $816 by the Australian National University. 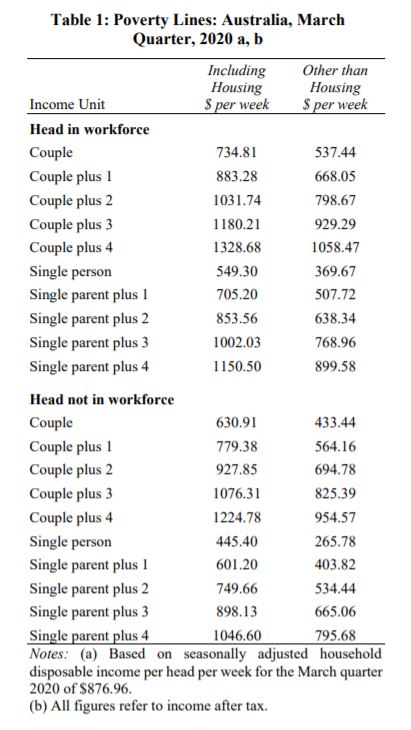 Numerous consumer advocates, welfare groups, business representatives and even the Reserve Bank Governor Philip Lowe have expressed support for a permanent increase in the past.

Now that it's here, do such industry groups support this new rate?

What the government said

Prime Minister Scott Morrison today said this was the largest increase to the dole payment since the 1980s, and argued Australia's vaccination program would alleviate some of the stresses on the social safety net.

"We are now confident that at the end of next month that our social safety net can once again be able to provide the support it needs to Australians as we come out of the COVID-19 recession, for that social safety net to be there for them if they find themselves without work," the Prime Minister said.

"But we’ve also formed the view that that base level of support that exists within our social safety net needs to be adjusted for the long term.

"Every person we get in a job, they’re better off and the country is better off. That remains our objective. If you’re on JobSeeker, we’ll work night and day to get you off and back into a job."

Social Services Minister Anne Ruston meanwhile told Newscorp that "hundreds of thousands" of recipients were single, had no kids and had no barriers to full-time work.

“Just as the government takes seriously its responsibility to support people doing it tough, people accessing social security payments must take seriously their obligations to taxpayers to look for work and take it up,” she said.

"...modelling tells us that people who report earnings, even just a small amount, are at least twice as likely to exit the social security system."

Analysis in The Conversation suggests almost 50% of total recipients are on the payment for less than one year. 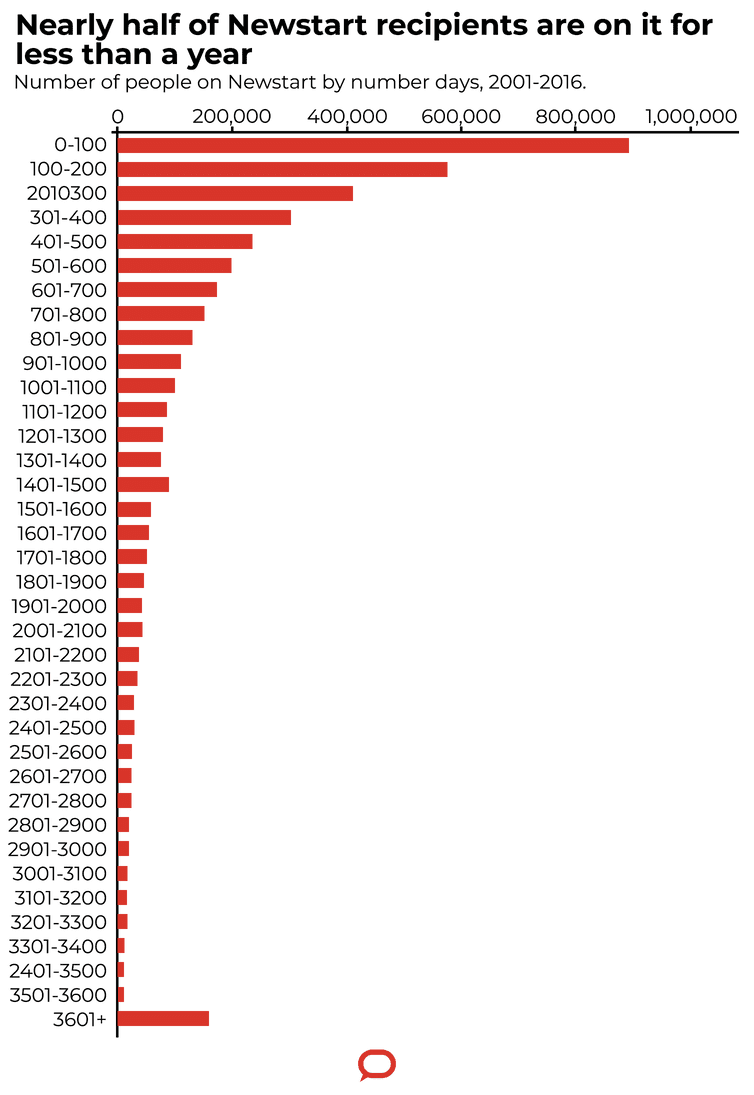 Some members within the Coalition like Nationals MP Matt Canavan have questioned whether the rate should be increased at all.

The Labor Party has long been calling for a sustained increase to JobSeeker, but as noted previously had also not listed a specific number they would pick if elected.

Prior to the announcement, Labor leader Anthony Albanese said the current rate was not enough to live on, but is still yet to name a figure.

"It's important there be a permanent increase, and that that be done as a matter of urgency to provide certainty to people," he said.

"I said very clearly that $40 a day wasn’t enough to live on. It’s one of the first announcements I made as Labor leader back in 2019.

"I look forward to it being announced today and then Labor will obviously respond after we’ve given it proper consideration."

Following the announcement of the $50 / fortnight JobSeeker increase, here are the new Allowance rates and income test thresholds, according to DSS. pic.twitter.com/rr5i1cFH3i

Greens leader Adam Bandt meanwhile was very critical of the move, calling it "a bloody insult".

“This decision will keep people going hungry. It will keep unemployed people facing homelessness,” he said.

“We must raise the rate above the poverty line.”

"While I am pleased that the government has increased the threshold of monies that can be earned before Centrelink payments are cut, the increase of the base rate to $307 a week for a single person remains woefully inadequate," Senator Sharkie said.

"In my regional electorate you cannot rent a single property, not even a two-bedroom flat, for $280 a week.

"That’s why we need an Independent Social Security Commission whose job it would be to set payments to keep up with the cost of living and changes in Australia’s economic circumstances."

What did social groups say?

One of Australia's leading advocates for the unemployed, the Australian Council of Social Service (ACOSS) called the $3.57 daily increase a "heartless betrayal" of the million-plus people on the payment.

“Now, come the end of next month, they are expected to struggle on even less – just $44 a day to cover the essentials of life, including rent, as well as the cost of job searching.

JUST IN: @ACOSS CEO @cassandragoldie tells me the increase of $25/week is not only measly but is 'lacking in humanity'. https://t.co/05rZBt8IZl

“There is only one job available for every nine people looking and at $44 a day the Government’s announcement today is well under half the minimum wage.

“While welcome, the relaxed income test will do nothing for the vast majority of people on JobSeeker who are locked out of paid work, unable to find even part-time or casual employment."

Mission Australia also labelled the planned rate "appalling and inadequate", and called on the government to reconsider the decision.

“Every day, we work alongside people who are homeless or on the brink of homelessness and many rely on income support just to survive," CEO James Toomey said.

“Our Australian Government stood at the precipice of an historic opportunity to dramatically reduce poverty, reduce homelessness and change lives.

“As our country transitions from COVID-19 crisis to recovery, this low JobSeeker rate should be out of the question. The news of this distressingly low level of income support will be crushing for so many people who are already struggling to make ends meet.”

What did business and employer groups say?

“It’s crucial that we return to proper indexation of the JobSeeker allowance and work towards getting it to where it used to sit - closer to the Aged Pension," BCA chief executive Jennifer Westacott said.

“At the end of the day most people don’t want to be on welfare, they want a job.

“This increase in JobSeeker support will help reduce some of the barriers that prevent unemployed people getting a job. Although the ultimate goal remains how we help unemployed people find jobs and stay in work."

CEO of accounting body CPA  Andrew Hunter questioned whether $50 would be sufficient, but did say an increase was long overdue.

“One of the surest ways to get money circulating in an economy is to assist people who will spend it," Mr Hunter said.

“From a public interest perspective, people who are unable to find work shouldn’t be denied the ability to afford the basics; they shouldn’t be excluded from actively participating in society."

"We need to rectify our disgraceful levels of support to unemployed people pre-COVID, and stop being one of the meanest countries in the OECD," Ms McManus said. 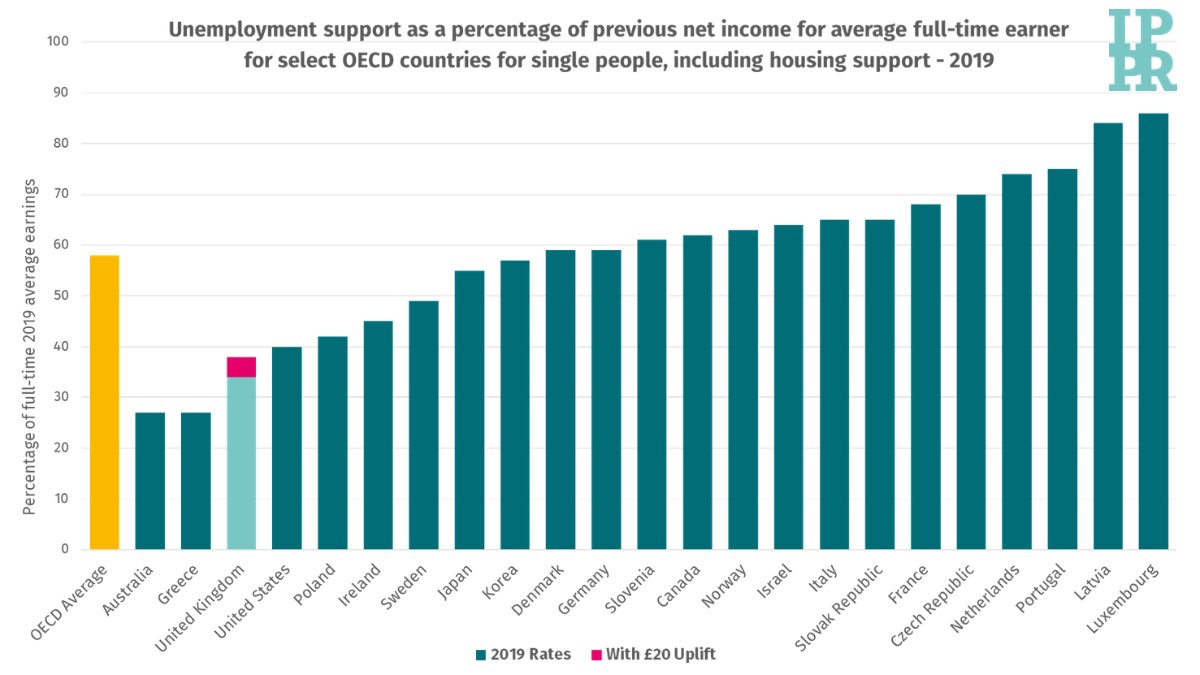 Financial Counsellors Australia, a peak body for financial advisors and counsellors, also said it was disappointed with the decision, saying it was well below what was needed.

“When JobSeeker was first introduced to help with the impact of COVID, demand for financial counselling reduced because many of our clients had enough money to live on for the first time in ages,” said CEO Fiona Guthrie.

“While any increase is better than nothing, this does not go anywhere near enough to help the most vulnerable.

“We urge anyone in financial stress to contact a financial counsellor. They can speak with one by calling the National Debt Helpline (NDH) on 1800 007 007 or find their closest face-to-face service by going to www.ndh.org.au."

What did economists say?

Former Deloitte Senior partner and now independent economist Nicki Hutley said on Twitter that the argument of a higher JobSeeker rate creating a disincentive to work was very strongly rejected by evidence.

"Despite massive support for a significant increase in jobseeker, the Morrison Government continues to fight this," she said, referring to research by University of Melbourne Economist Jeff Borland.

“The Government’s original decision to effectively double the rate of JobSeeker with a $550 per fortnight coronavirus supplement was an admission that JobSeeker is simply not enough to live on. This decision helped lift 425,000 people out of poverty," Mr Grudnoff said.

"It is cruel to push tens of thousands more Australians into poverty, including thousands of children. And it is economically reckless because it will take billions of stimulus out of local economies right when the economy is getting back on its feet."