Photo by Benjamin Ashton on Unsplash

Australia's unemployment rate has increased from 7.4% to 7.5% in July, seasonally adjusted.

However, with the marginal increase to unemployment, there are now more than one million people out of work and searching for a job.

The figures come in shy of the market consensus of the unemployment rate increasing to 7.8%, while forecasting was split between 125,000 jobs being lost and 150,000 being added, a reflection of how volatile the economy currently is.

Head of Labour Statistics at the ABS Bjorn Jarvis said while the results were encouraging, there was a significant difference between the current and pre-COVID-19 job market.

"The July figures indicate that employment had recovered by 343,000 people and hours worked had also recovered 5.5% since May," Mr Jarvis said.

"Employment remained over half a million people lower than seen in March, while hours worked remained 5.5% lower."

Hours worked for females was up 2.3%, compared to just 0.6% for males, with hours down for each down 4.9% and 5.9% respectively since the start of the pandemic.

Mr Jarvis said the figures didn't yet show the damage to the job market done by stage 4 restrictions in Victoria.

"The July data provides insight into the Australian labour market during Stage 3 restrictions in Victoria," he said.

"The August Labour Force data will provide the first indication of the impact of Stage 4 restrictions." 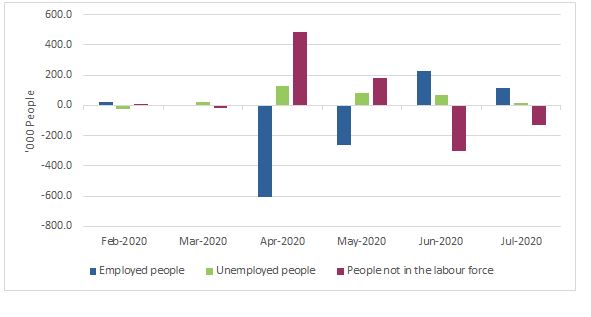 The ABS found the average ordinary time earnings for full-time adults in May was $1,714, seasonally adjusted, up 3.3% from November of last year.

“This fall in lower-paid jobs led to an increase in average earnings for all employees because the remaining jobs had a higher earnings profile," he said.

“In recent years, the six-monthly increase in average earnings for all employees has been around 1%.

"The 3.8% increase to mid-May highlights the extent of the major compositional change in jobs and earnings during this difficult period.” 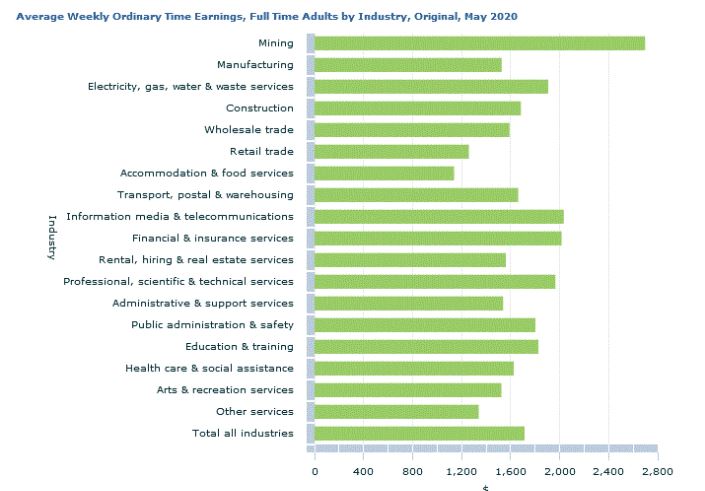