Photo by Jp Valery on Unsplash

Of the Australians in the market looking to buy a new car, nearly 1.4 million of them are considering a hybrid.

That’s according to new data from Roy Morgan, which also revealed 537,000 Australians intend on driving an electric car as their next car – new or used.

The figures revealed the number of Australians looking to drive a hybrid car for their next vehicle increased by 341,000 since June 2018.

Meanwhile, the number of Australians looking at electric cars for their next vehicle increased by 125,000 over the same period. 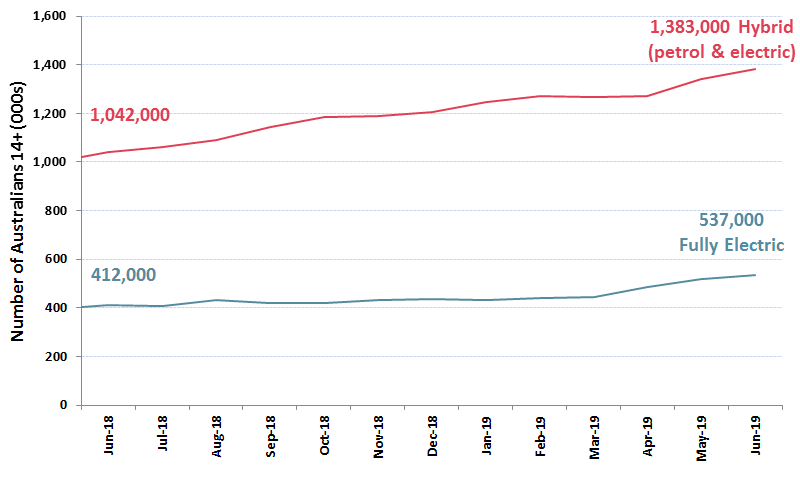 “Over the past twelve months, we have seen a significant increase in the number of Australians looking to drive electric or hybrid vehicles for their next car,” Mrs Levine said.

“These increasing numbers send a clear signal to car manufacturers that Australians are interested in greener technologies.”

Of those Australians specifically intending on buying an electric vehicle in the next four years, 92,000 intended on buying a used model as of June 2019.

In contrast, from the same pool of respondents, only 49,000 Australians were looking to buy a new electric vehicle, compared with 57,000 as of June 2018. 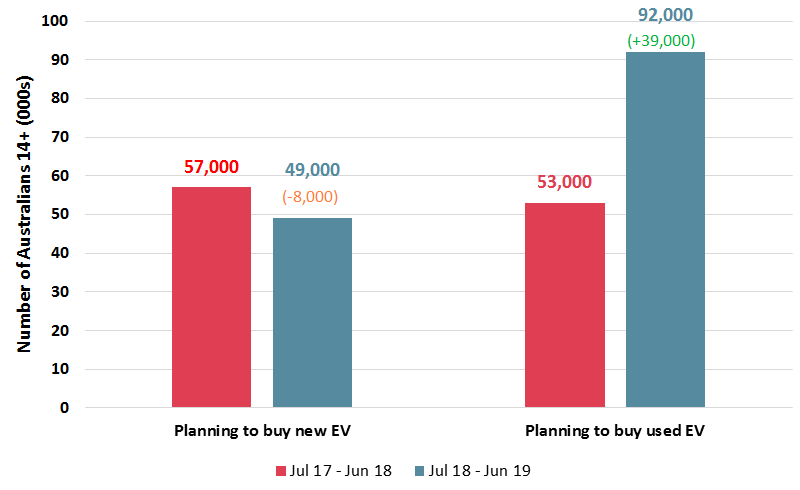 This was a similar trend observed when hybrid technology first became available in the early 2000s, and Roy Morgan believes it will drive the volume of electric vehicle sales into the future.

“When we look at the types of electric vehicles people are intending to buy, we see used vehicles growing more strongly than new vehicles, compared with a year ago,” Mrs Levine said.

“This is despite there not yet being a large second-hand electric vehicle market available.

“The strong growth in popularity of electric and hybrid vehicles suggests that the number of Australians driving these cars will occupy an increasing proportion of the future car industry.”

According to the data, Australians looking to buy electric vehicles are far more environmentally conscious than the average Australian, with:

“Australian car market one of the toughest in the world”

Despite the rising popularity of electric and hybrid vehicles, vehicle sales for July dipped.

According to the Federal Chamber of Automotive Industries (FCAI), the number of vehicles sold across Australia last month was down 2.8% compared to July 2018.

For the year to date, sales have fallen 7.7% so far compared to the first seven months of last year.

FCAI Chief Executive Tony Weber said the figures illustrate a sluggish market and the sensitive nature of the economy over the past 12 months.

“Tight financial lending, drought, increasing luxury car tax imposts and the federal election have all contributed to make the Australian car market one of the toughest in the world,” Tony Weber said.

“But it is great news for the consumer who is spoiled for choice with attractive new car offers as automotive brands provide excellent deals to stimulate sales growth.”