The 'problem' with rapid home price increases - saving for a deposit First home buyers are being priced out of the market by rapid increases in house prices, but experts warn it is only going to get harder to save for a first deposit.

As the property market continues to boom, saving for a first house deposit is becoming harder than ever.

EY Oceania chief economist Jo Masters told Savings.com.au that net wealth is actually on the rise, but those yet to break into the market are the ones missing out.

"The problem is not 'I can't afford a mortgage', it's 'I can't save enough for a deposit'. And that's been a combination of sharp rises in house prices, and restrictions on needing a 20% deposit," Ms Masters said.

"When we think about homeownership, there's two aspects to it. One is your ability to service your mortgage.

"So once you've bought a home, can you afford the mortgage that you have? Obviously, interest rates are so low, even though average loan sizes have gone up, our ability to service those [even with] low wage growth has actually improved.

"The other thing that for first time buyers in your ability to save a deposit. And that's really the hurdle in Australia to homeownership."

The common rhetoric used to combat rapid house price rises has been to raise the Reserve Bank cash rate.

However, at an address on Tuesday, RBA Governor Dr Philip Lowe said raising the cash rate would adversely affect jobs and wages growth.

"While it is true that higher interest rates would, all else equal, see lower housing prices, they would also mean fewer jobs and lower wages growth," Dr Lowe said.

Ms Masters also said that when looking ahead to 2022, this gap in income to house prices is only going to widen further.

"When we look at the fundamentals over the next two years, they do point to further house price appreciation, [and] ongoing, very anaemic wage growth," she said.

"When we look at the drivers that have been pushing house prices up, they likely have further to run. Interest rates are going to remain very, very low.

"We're likely to open our borders sometime in 2022. And bring in that sort of population growth demand into the market... also, investors are coming back into the market." 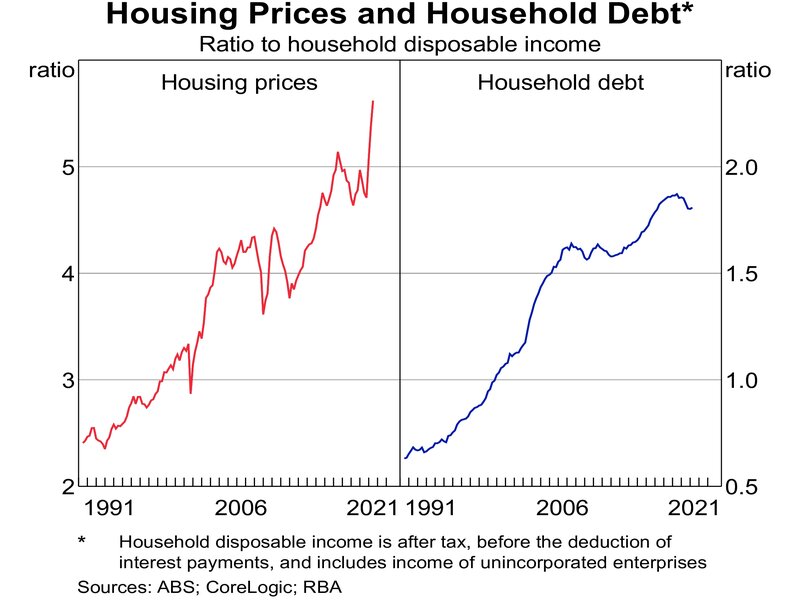 Image by Katie Manning via Unsplash