Like other providers, Apply Pay Later will allow customers to split payments into four interest free instalments over six weeks.

When customers make an Apple Pay purchase, they'll get the option to split the cost, with payment information being available in the Apple Wallet.

Apple Pay Later will be available on any purchases made using Apple Pay in stores and online.

The news comes two weeks after NAB became the last of the big four banks to offer its own BNPL service.

"This is a fintech BNPL app's worst nightmare. It will cut off spending on standalone apps," Mr Halverson told Savings.com.au.

"These start-ups face a powerful new competitor in Apple with over 500 million mobile wallets globally."

The rise of big players in the industry means fintechs such as Zip could struggle in the space.

"Zip - Australia's leading BNPL - was once a unicorn valued at $7.7 billion [market cap]; today it's half a unicorn worth $470 million - the stock market is sending a very clear message," he said.

Mr Halverson also said looming regulations could trouble the challengers rather than the incumbents.

"It's a total myth that ... BNPL is somehow a totally new industry - it's not; it's simply a regulatory arbitrage which has now attracted big competitors," he said.

"Australia has six fully regulated BNPL providers who can withstand Apple - banks know who uses BNPL in their customer bases and can target them. 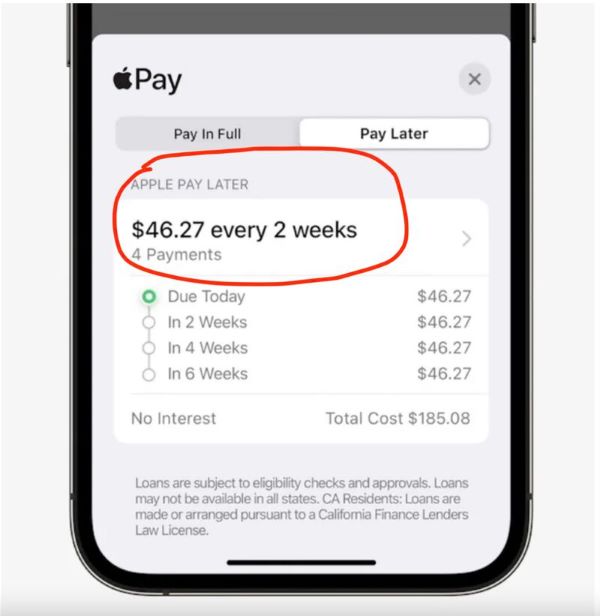 *Comparison rates based on a loan of $30,000 for a five-year loan term. Warning: this comparison rate is true only for this example and may not include all fees and charges. Different terms, fees or other loan amounts might result in a different comparison rate, Rates correct as of August 11, 2022. View disclaimer.

Image by Bangyu Wang via Unsplash