Mercer's new pension report lists Australia as sixth globally for its pension system, with the gender gap the biggest barrier to breaking into the top five.

The report also outlined key areas Australia can improve on to raise its score, with the gender pension gap the major talking point.

Senior Partner at Mercer and lead author of the study, Dr David Knox, said that Australia's issue with pension gender gap is common around the world.

"The causes of the gender pension gap are mixed and varied. Every country and region, including Australia, has employment-related, pension design and socio-cultural issues contributing to women being disadvantaged compared to men when it comes to retirement income," Dr Knox said.

“Despite the Age Pension safety net, older women are at greater risk of homelessness and poverty. Specific measures need to be taken to level the gender playing field with respect to retirement outcomes will require a concerted effort by policymakers and industry stakeholders," Ms Wilton said.

"Differences in retirement savings between men and women reflect the accumulated economic disadvantages faced by women in working life," the review said.

"These factors contribute to the gender gap in superannuation balances at retirement.

"Income inequality between women and men is lower in retirement than in working life, particularly for lower and middle income earners. This is due to the age pension, which women are more likely to receive, and for longer, than men."

Across all men and women working full-time (excluding part-time and self-employed workers), the gender pay gap is 16.9%. Cameo modelling projects that this results in a 17.4% gender gap in superannuation balances at retirement.

Projected gaps between men and women

The Mercer Global Pension Index also provided recommendations to tackle the problem, with eradicating inequality and increasing the base pension the main recommendations.

"There are two distinct but related problems in tackling the gender pension gap. The first desired outcome is to reduce, and preferably remove, poverty amongst the aged which is highest amongst women," the report said.

"To reduce severe poverty amongst the retired population, a minimum income is needed; namely a sufficient basic, guaranteed or minimum pension.

"Of course, a basic or minimum pension will not, in itself, remove the pension inequality between males and females. Indeed the OECD (2021) recognised that closing the gender pension gap poses a particular challenge given the close link to employment and income patterns.

"However, notwithstanding this difficulty, inaction is not appropriate."

National Seniors Australia chief advocate Ian Henschke has previously called on the government to introduce a universal basic pension, which he said would allay seniors' fears about spending in retirement. 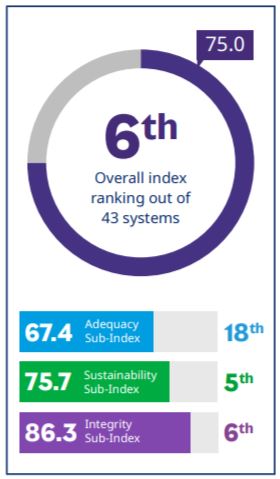 Base criteria of: a $400,000 loan amount, variable, fixed, principal and interest (P&I) home loans with an LVR (loan-to-value) ratio of at least 80%. However, the ‘Compare Home Loans’ table allows for calculations to made on variables as selected and input by the user. All products will list the LVR with the product and rate which are clearly published on the Product Provider’s web site. Monthly repayments, once the base criteria are altered by the user, will be based on the selected products’ advertised rates and determined by the loan amount, repayment type, loan term and LVR as input by the user/you. *Comparison rate is based on a loan of $150,000 over a term of 25 years. Please note the comparison rate only applies to the examples given Rates correct as of December 7, 2021. View disclaimer.

Image by Elena Rabkina via Unsplash

SMSF legal disputes on the rise

More Gen Z and Millennials opting to self-manage their super