The Reserve Bank's assistant governor Luci Ellis has emphasised the influence of policymakers on housing trends.

At the UDIA 2022 National Congress on Wednesday, Ms Ellis (pictured below) outlined some of the underlying drivers of housing demand, with a particular focus on government and central bank policy.

"Policy matters, especially in the short term. Whether it's time-limited subsidies bunching demand and boosting prices, or the interplay between low yields globally and rental yields locally, policy can have pervasive effects on housing outcomes," Ms Ellis said.

"Solid rates of home-building have been encouraged by a range of public policy measures, including the low level of interest rates. Also important has been the raft of subsidies and other incentives for home construction, as well as support for first home buyers during the pandemic." 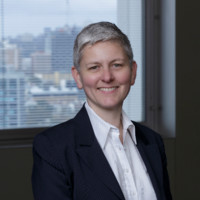 Ms Ellis said stimulus such as HomeBuilder had a significant impact on home construction, likely to be felt for years despite applications for the grant closing in 2021.

"It is difficult to disentangle how much of the increase in demand for housing has reflected temporary subsidies and the current low level of mortgage rates versus the shift in preferences," Ms Ellis said.

"It is clear that the time-limited nature of HomeBuilder and some other subsidies induced a temporary surge in building approvals for detached homes and renovations.

"We estimate that about one-quarter of building approvals during this period were supported by HomeBuilder, though many of these would have happened anyway."

According to Ms Ellis, the short-term boost to demand from HomeBuilder and other support measures will wane over time, but new home construction is expected to remain solid for the next two years.

"The housing stock will therefore continue to expand as a result. We expect it will expand at rates similar to the first decade of this century, but not as much as during the boom in apartment building in the second half of the 2010s," she said.

"This is likely to still be enough to keep the housing stock growing faster than the population."

Some industry pundits had previously described HomeBuilder the "popstar of government stimulus".

HomeBuilder was never about helping home buyers or promoting affordability or accessibility, but rather protecting the construction industry.

"The Morrison Government has successfully protected the more than one million jobs dependent on the residential construction sector," then-Housing Minister Michael Sukkar said in 2021.

Ms Ellis also spoke of what the wash out of the pandemic-induced demand shifts could mean for the housing and construction markets.

"Prices will also shift, and this will both reflect and produce some of the adjustment in quantities. The cost of building a new detached home has increased markedly in recent quarters, and so has the price of the land it sits on," Ms Ellis said.

"Prices of existing homes have been easing in some cities, so the relative attractiveness of building a new one is reduced.

"In this environment, it is likely that buyer interest in new homes will ease as well."

Ms Ellis said the current pipeline of construction work will sustain activity for a while, and that the backlogs and strains on the sector will eventually "work themselves out".

"Exactly when that will happen is hard to know. But when it does, we can expect some of the current rate of cost escalation and squeeze on margins to ease."

With interest rates starting to rise, dwelling price declines have already been seen in Sydney and Melbourne.

The knock-on effect for rents

A lot of the stimulus pushed renters into buying their first home.

"At least some of the people who moved out of share houses to live with their partner would have done so in a newly purchased home."

That said, during the pandemic the average household size also decreased, which in turn pushed up demand for rentals and lowered vacancy rates.

"If average household size hadn't declined, there would have been fewer households to fill the new homes being built. Instead of the result being a swathe of empty homes, though, prices would have adjusted – in this case, rents," Ms Ellis said.

ABS data released Wednesday also suggests approximately one in six households are in housing stress, where 30% or more of their gross household income goes towards paying off the rent or mortgage and other associated household costs.

Supply constraints and costs, Covid complications, and stimulus, have caused a huge backlog in construction work that needs to be completed.

"We hear from liaison contacts in the construction industry that delays are common. Normally, a detached home takes about six months to build. Currently, they are telling us that it is averaging around nine months," Ms Ellis said.

This has coalesced with a surge in building material costs, which means companies and tradies could be losing money on quotes and contracts they made months or years ago.

Headline inflation sits at 5.1% - the cost of services rose 3.0% while the cost of goods more than doubled that reaching 6.6%.

Recent companies to go under include Probuild and Condev, while Metricon is reportedly struggling.

The value of construction work completed has also declined; from the September quarter of 2021 to the December quarter, the value of building work declined 2.9% to $18.3 billion.

ABS data shows material costs - not including labour - rose 15.4% through the year to March 2022.

"It seems that all segments of the construction industry are making a relatively large call on the same material and labour resources at the same time," Ms Ellis said.

"It is therefore not surprising that the pipeline is remaining large, cost pressures are squeezing margins, and delays are longer than usual."

Photo by Martin David on Unsplash

Photo of Luci Ellis from LinkedIn