Australian retail turnover fell 1.7% in August 2021, seasonally adjusted, according to figures released today by the Australian Bureau of Statistics (ABS).

The fall was strongly impacted by continued lockdowns in Victoria, NSW and the ACT.

The ACT's restrictions on non-essential retail workers led to a 19.9% fall.

"Retail turnover continues to be negatively impacted by lockdown restrictions, with each of the eastern mainland states experiencing falls in line with their respective level of restrictions," Mr James said.

"In direct contrast, states with no lockdowns performed well with Western Australia and South Australia enjoying strong rises as physical stores were open for trade." 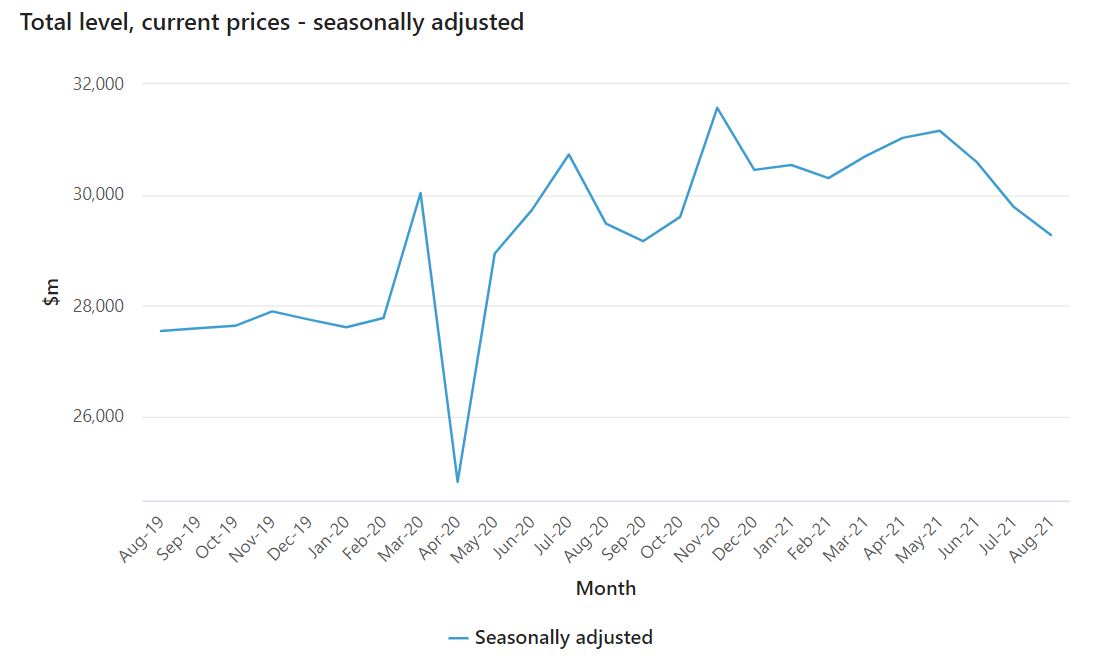 With no lockdown restrictions in place for the month of August, retail turnover in South Australia rose 6.6%, bouncing back strongly from a lockdown in late July.

Sales of discretionary goods, such as clothing and footwear (15.7%), sales at cafes and restaurants (7%) and from department stores (10.2%) dropped sharply. 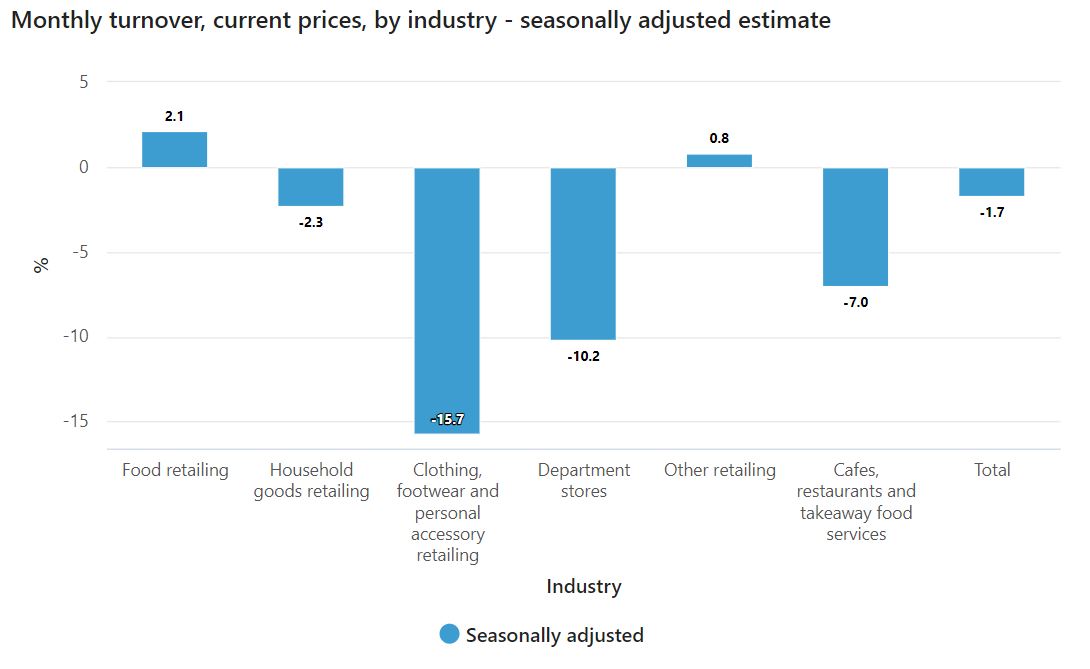 A report from Barclays Australia predicts another fall in retail turnover in September, before bouncing back in October.

The report stated that lockdowns would continue to weigh on sales, with private consumption likely to drag third-quarter GDP into contraction.

"September sales are likely to continue to drop, as the impact from the lockdowns worsens with time," Barclays economists said.

"However, once the restrictions are eased, we expect a jump in retail sales, similar to the trend seen after Victoria reopened in October-November 2020.

"As salary-income growth remains slow despite the still-robust labour market, we think pent-up demand will see households dip into savings, which remain high."

Image by Verne Ho via Unsplash