Luxury car tax threshold boosted for third year in a row, more tax cuts on the way for EVs The threshold has been boosted to nearly $85,000 for fuel efficient vehicles and the government has pursued axing import duties for electric vehicles.

Fuel efficient vehicles are defined as vehicles consuming less than 7 litres per 100km on a combined fuel cycle.

It also means popular electric vehicles such as the Kia EV6 AWD now fall under the threshold. 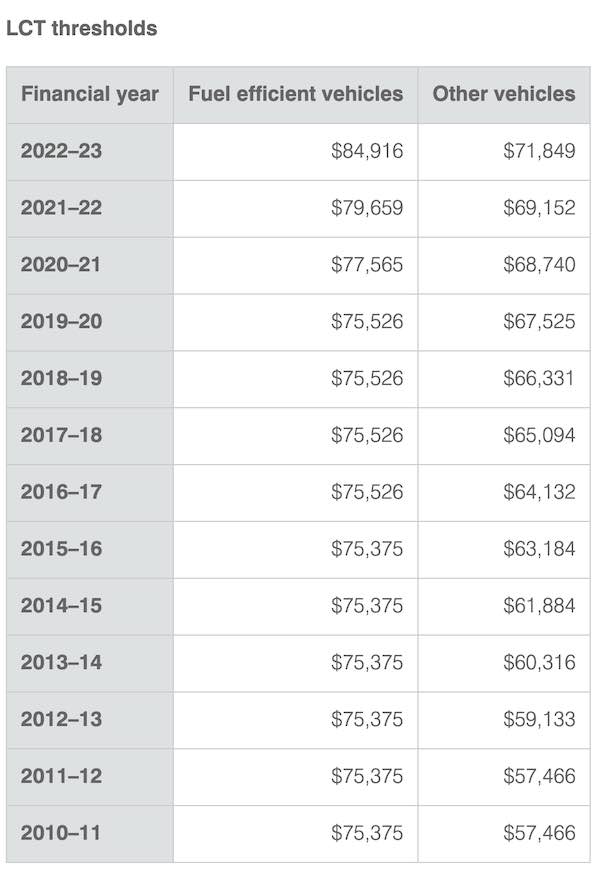 Labor took to the election a policy to exempt electric vehicles from the 47% fringe benefits tax, and to remove import tariffs.

The fringe benefits tax - applied to personal use of vehicles purchased via a business - would apply to EVs priced below the luxury car tax threshold, and would take effect from 1 July 2022.

While private buyers won't receive this benefit, it is designed to encourage uptake of EVs purchased through novated leases and other business car schemes.

Australia imposes a 5% import tariff on vehicles imported from countries with which there is no free trade agreement (FTA).

There are already FTAs in place with China, Japan, South Korea, and the United States, which is where the majority of electric vehicles for sale in Australia originate.

Photo by redcharlie on Unsplash