Photo by Mike Petrucci on Unsplash

Australia’s new high-speed payment system will allow consumers to more easily cancel direct debits, like gym memberships or Netflix subscriptions, in one of multiple new services soon to be available.

The new payments platform (NPP) roadmap was released today, outlining a range of changes set to be rolled out from late 2021 which look to take the stress out of changing banks.

Typically consumers would have to obtain a list of all direct debits and credit payments from their current bank and manually move them to their new bank.

The Federal Parliament’s 2016 banking inquiry noted that when using ‘PayID’, “shifting a customer’s regular outgoing and incoming payments will be as simple as changing the relevant link.”

With open banking set to be fully introduced in Australia from February, switching banks looks to be simpler than it’s ever been before.

Launched last year, the NPP currently allows consumers to send money to another person or business with an Australian bank account almost instantly, something that previously took up to three days.

New changes outlined in the roadmap include plans to eliminate the “pain points” of recurring or subscription-type payments by increasing the visibility and control that consumers have over such payment arrangements.

Consumers could give consent for NPP payments to be initiated by a third-party (e.g. a gym, or Netflix) via the creation of a digital payment ‘mandate’ before the payments begin.

The new changes could see consumers gain more control over their direct debits, allowing for easy tracking of which businesses are making deductions and cancel them if they wish.

“Over time, you’ll be able to see a record of those and potentially change those if you decide you don’t want to go to that gym anymore,” Mr Lovney told the Sydney Morning Herald.

Consumers will soon be given greater control over their direct debits and will be able to cancel regular deductions more easily. #9Today pic.twitter.com/Sx9oyOXH4j

The roadmap also includes structured data capabilities, which will support business to business payments and commercialisation opportunities such as payroll and superannuation.

Mr Lovney said the publicly available roadmap will ensure the momentum of the platform continues.

“We’re focused on developing additional native capability that can support a range of use cases, which can be used by participating financial institutions and third parties to do different things,” he said.

“By developing native platform capability, governed by a common rules framework administered by NPPA, it is akin to providing ‘building blocks’ that others can put together in different ways to deliver payment products and services outside the platform.”

Approximately 85 banks, credit unions, building societies and fintechs are connected to the NPP and more than 66 million account holders can make and receive payments via the NPP.

The platform has also spawned new services which utilise the platform’s capabilities. 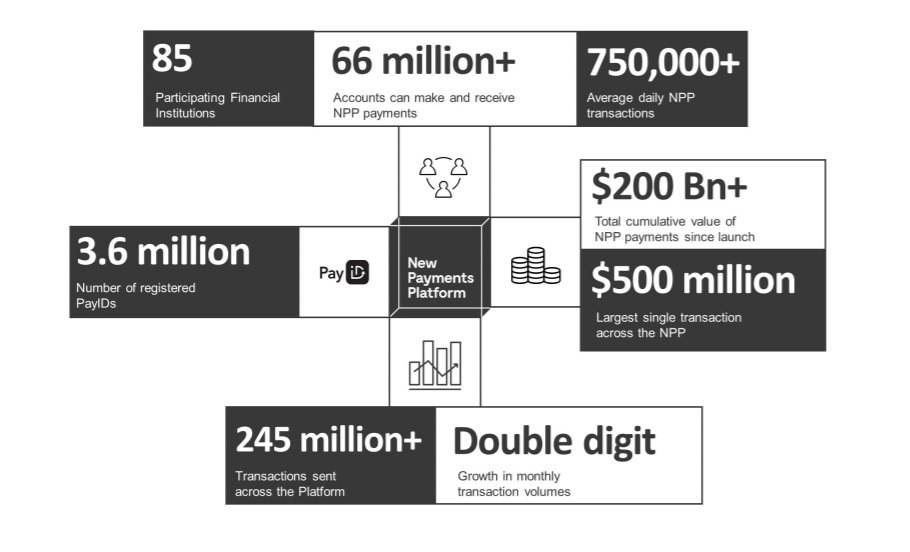