The latest Reserve Bank data shows a steep decline in the use and withdrawal of cash in April, at the height of fears over the coronavirus pandemic.

According to the RBA's seasonally adjusted data, overall purchasing on both credit cards and debit cards was down in April as well, as people tightened their purse strings with financial insecurity setting in.

The most notable changes seen in the monthly data related to cash, specifically ATM withdrawals.

Cash-out transactions via debit cards plummeted even more significantly, as many businesses stopped offering cash-out temporarily over fears of spreading COVID-19, although recent research by The University of Washington found there is little statistical evidence of the virus spreading through dollar notes.

The number and value of cash-out transactions fell by a massive 48.81% and 51.17% month-to-month respectively, and over 12 months they both fell by around 61%:

Looking at credit cards, the number of cash advances fell sharply too.

Savings.com.au's analysis of the data shows that the monthly number of cash advances fell below one million for the first time since the RBA started recording credit card data in 1985.

The lack of willingness to use cash, aside from COVID-19 fears, may have also been caused by the increased tap and pay limit of $200 (up from $100) introduced by the Australian Payments Network (APN) at the start of April.

The lack of cash use is a trend that will continue in the May data next month, as more recent figures by Commonwealth Bank saw another mammoth drop.

It isn't just cash spending that's down - the number and value of purchases made on both debit and credit cards fell majorly too, in line with the record falls seen in Australian retail turnover in April.

Interestingly, card-not-present transactions (aka purchases made without physically using the card, such as through mobile wallets like Apple Pay), were one of the few transaction types to see an increase.

The number of card-not-present transactions in Australia rose by 1.80% from March to April to 85.7 million, and has risen by just over 13% year-on-year.

Data from Mastercard in late April found eight in ten (79%) of Australians agree contactless payments are a cleaner way to pay, with a quarter of Australians using their mobile phones to pay.

That downwards trend has continued in April, with balances accruing interest falling almost 4% from March 2020 and 14.79% from April 2019.

The total amount of credit card debt held by Australians now stands at around $26.7 billion, while 12 months ago that figure was more than $31 billion.

Data released by illion and Alphabeta last week found 14% of those who'd accessed their super during COVID-19 did so to pay down personal debts, which may go some way to explain the sharp monthly fall in credit card balances accruing interest. 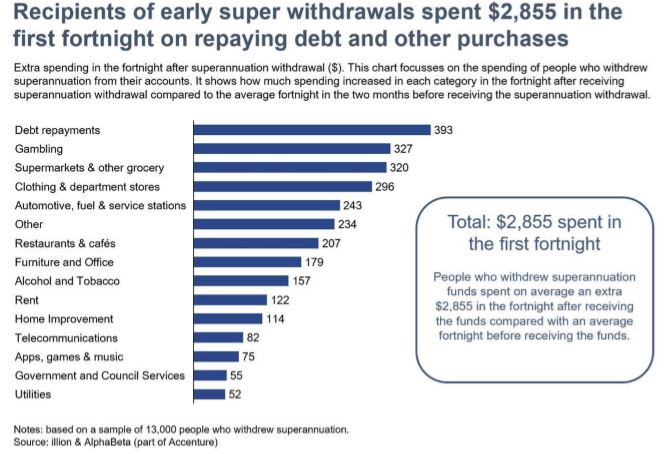