Who Offers Apple Pay in Australia? Apple Pay is a form of contactless payment technology exclusive to users of Apple products, but how many banks have it?

This can be done through the use of digital wallet services such as Apple Pay.

What is Apple Pay?

Apple Pay is a form of contactless payment technology exclusive to users of Apple products, of which there are about 1.4 billion around the globe. Essentially you can pre-load your credit or debit card information onto your Apple product – whether it’s an iPhone or Apple Watch – and pay with a simple wave, instead of getting the card out of your wallet or purse and paying in more than 10 seconds like some sort of chump. Time is money after all.

And it also means if you happen to leave your physical cards behind, you still have a backup option in the form of a virtual card. null 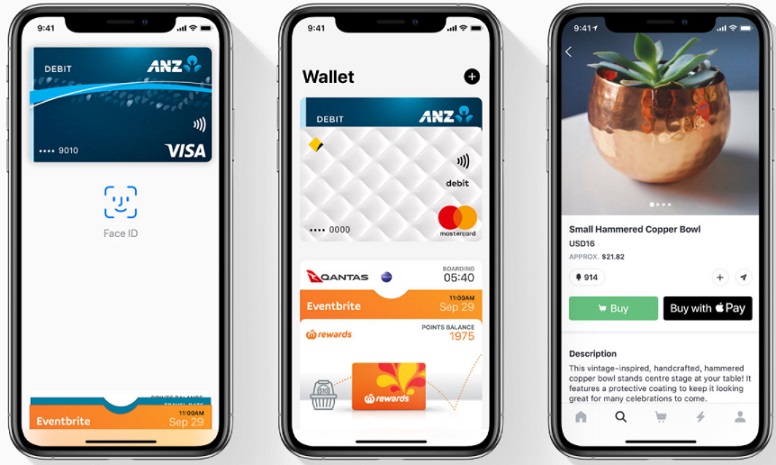 Apple Pay first launched in Australia in 2015, with American Express the first institution to allow customers to use it. Globally, it’s been downloaded by 43% of the world’s iPhone users, while closer to home, Commonwealth Bank said it had seen a 270% increase in the number of digital wallet transactions made between January 2019 (when it installed Apple Pay) and March, while 2020 saw record numbers of users.

How does Apple Pay work?

Apple Pay is a type of digital wallet technology that stores your bank account and card information securely in your Apple device. It then utilises your phone’s Near-Field Communication (NFC) chip to connect to EFTPOS machines and merchant terminals the same way the physical card would except you can’t insert it (unless you want to try jamming your phone in a credit card slot).

It’s used exclusively for tap-and-pay purchases and doesn’t require a pin to be entered for purchases under $200.

With Apple Pay functionality, you can also easily make purchases online using your phone or iPad. By storing your card’s information it can auto-fill details when doing online shopping, which can be dangerous in the sense that it becomes easier for you to buy all the junk you’re tempted by.

As a fairly recent innovation, Apple Pay is only available with some of the more modern Apple devices. According to Apple, the following devices support Apple Pay:

Your iPhone should have a ‘wallet’ section in settings – you can click on this and simply enter your card’s details to start using Apple Pay pretty much instantly. 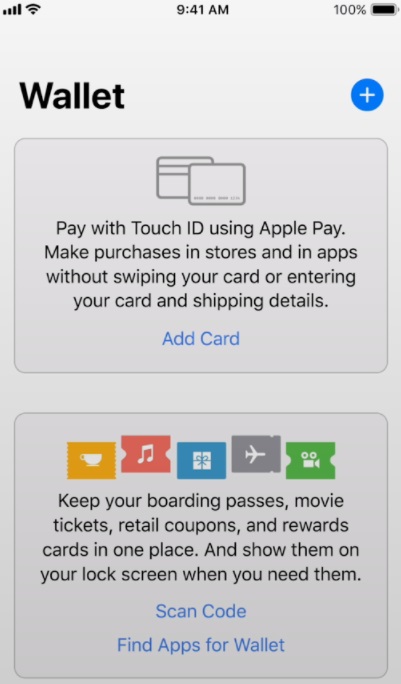 Does Apple Pay cost anything to use?

Nope, Apple Pay costs as much as it does to use your physical card in that you still might have to pay a surcharge, but this is charged by the merchant, not Apple Pay itself. It can cost the banks something to allow you to use it, but that’s another story.

Are there any dangers to using Apple Pay?

The only real danger of using digital wallet tech to make purchases is the temptation to overspend. With Apple Pay, you don’t have to worry too much about security – Apple doesn’t keep your transactions or card numbers on its servers, and when a transaction is made, it creates a random token for that purchase that replaces your card number.

This can actually make it safer than using an ordinary card since these can easily be lost or stolen.

As of 2021, each of the big four banks currently offer Apple Pay to their Australian customers, although most were somewhat reluctant to take it up. Commonwealth Bank, NAB and Westpac actually banded together with Bendigo and Adelaide Bank to ask the ACCC to force Apple to give them access to its mobile payments technology instead of having to pay for it, which would’ve allowed them to build their own.

It was revealed in 2019 the banks pay between 0.04% – 0.06% of the value of purchases on Apple products, which was the cause of the contention. But the ACCC rejected their demands, and slowly but surely, more of the big banks started offering Apple Pay.

Yes, ANZ was actually the first big bank to offer Apple Pay in Australia, introducing it all the way back in April 2016.

"The RBA is trying to remind people that property prices don't always go up & having a lot of debt can be dangerous," @wmdglasgow pic.twitter.com/bV2W0CDFa4

It would be almost two years before the next big bank adopted Apple Pay.

Yes, Commonwealth Bank does offer Apple Pay. It was made available to CommBank customers in January 2019, and also applies to its subsidiary bank Bankwest. As mentioned before, it saw a huge increase in contactless payments immediately after making Apple Pay available, implying customers were clamoring for it to be introduced.

“In 2019, customers can expect us to continue listening, innovating, and providing the best possible experiences when they bank with us,” CmmBank Group Executive of Retail Banking Services Angus Sullivan said at the time.

As of May 2019, NAB and UBank (which NAB owns) customers can use Apple Pay with eligible Visa debit or credit cards. The bank also added Apple Pay due to consumer demand.

Last but not least, Westpac switched on Apple Pay in April 2020 for all debit and credit cards.

A huge number of Australian financial institutions currently support Apple Pay, and the list is ever-expanding. In August 2019 79 banks and mutual banks offered Apple Pay. That number is now more than 100 if you include non-bank institutions.

The complete list of Apple Pay supported banks is as follows:

As you can see, not all of these are banks or credit unions. Some, like Afterpay, Klarna or Zip, are buy now, pay later platforms (BNPL); Some are money transfer services like TransferWise or Revolut; or simple payment platforms.

What are the alternatives to Apple Pay?

If you’re an Apple aficionado, it might surprise you to learn there are other types of smartphones out there.

With so many different models of smartphones available from the likes of Samsung, LG and Google, you don’t have to just stick with Apple Pay for mobile wallet services. The main alternatives to Apple Pay are:

Some banks also have their own mobile payment services like Commonwealth Bank’s Tap & Pay. These obviously aren’t as widely available as other mobile wallets.

Contactless payment technologies such as Apple Pay are fast becoming the new norm in Australia and in many countries around the world where cash is no longer king. Of course, you don’t have to adopt these technologies if you don’t feel comfortable with them. For instance:

But if you do decide to use Apple Pay, it can be a very easy way to pay for things and can make your life smoother in some ways. If easy payments are important to you, then check out banks that offer Apple Pay or rival payment options like Samsung or Google Pay.