Photo by HUNTER LEONARD on Unsplash

Increased spend in cafes, restaurants, takeaway food and clothing drove much of the result.

Supermarket and grocery spend also remained high, with evidence of stockpiling of toilet paper, flour, rice and pasta happening at the end of June in Victoria.

"The annual growth reflects a continuation of more food being prepared and consumed at home due to social distancing," the ABS said.

The ABS noted that while the result shows some signs of improvement, many industries remain below the levels of the same time last year. 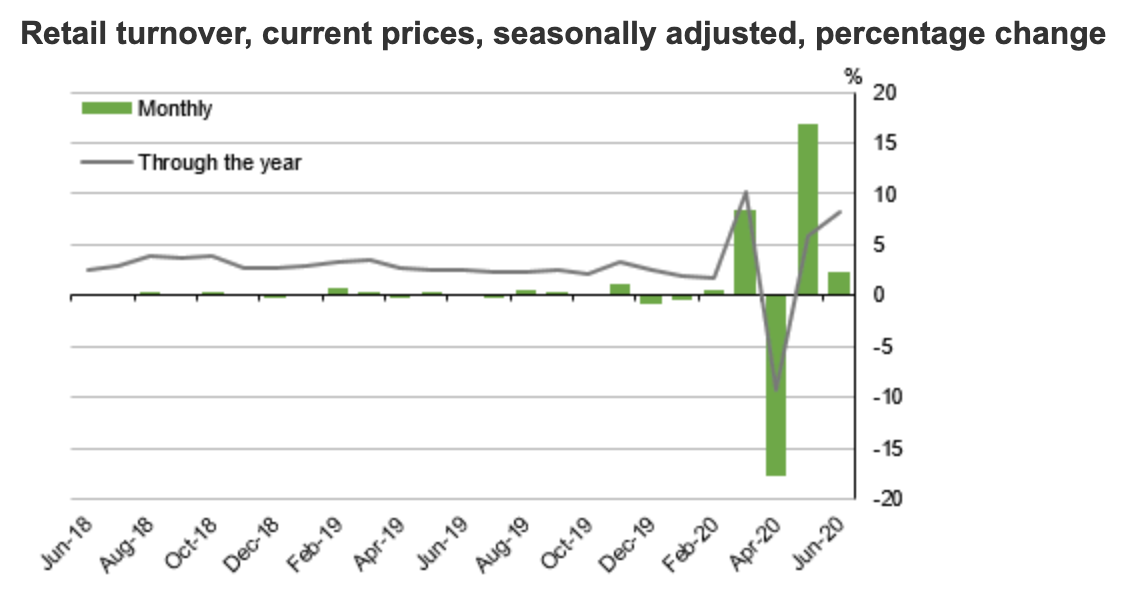 Westpac Senior Economist Matthew Hanlan said the figures were better than what the bank had expected.

"June preliminary retail sales came in much stronger than expected, posting a 2.4% rise vs our expectation of a milder consolidating gain of 0.5%," Mr Hanlan said.

"What limited detail is provided points to a mixture of drivers, with strong ‘reopening’ gains for cafes & restaurants and for clothing continuing in the month but also some evidence of renewed stockpiling expenditure, particularly towards the end of June and in Victoria.

"There is clearly a widening divergence in conditions across various states – a wedge that will become much more pronounced in July."