Home / News / Labor's shared equity scheme: Is it the key to housing affordability?

Labor's shared equity scheme: Is it the key to housing affordability? Federal Labor's proposed 'Help to Buy' scheme could see the government owning up to 40% of your home. So, is it worth it?

If Labor wins the upcoming federal election, its proposed shared equity scheme is set to be a major policy.

Under the scheme, homebuyers could purchase a home with as little as a 2% deposit without needing to pay lenders mortgage insurance (LMI).

The Federal Government would then own the stake, however homebuyers could pay it off over time.

The scheme is geared at helping Australians on low to middle incomes into home ownership; individuals earning up to $90,000 taxable income and couples earning up to $120,000 are eligible for the scheme.

Additionally, property price caps have been set in capital cities, regional centres and the rest of the states. 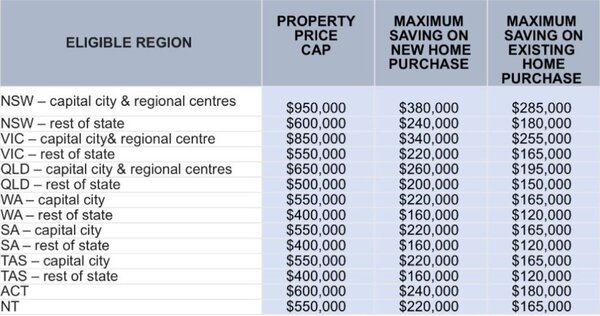 Anthony Albanese, Leader of the Australian Labor Party, said housing affordability has deteriorated over the past nine years.

"After nine long years in Government, housing affordability has only got worse under the Liberal-National Government," Mr Albanese said.

"Help to Buy is part of Labor’s plan to tackle the housing crisis."

Shadow Treasurer Jim Chalmers said there's a housing crisis in Australia, and that it's harder to buy a home than ever before.

"Many people on modest incomes have been forced to give up the Australian dream. Help to Buy will address this."

Iffy about income: What if you earn over the eligibility threshold?

Help to Buy's intent is to help low and middle income earners into home ownership - for singles, their income threshold is set at $90,000, while couples can earn up to $120,000.

However, if income increases above this set threshold, there are two options: buy out the government's stake, or sell the property.

Borrowers have a two-year grace period to buy out the government's share of the home.

The same applies if the homebuyer exceeds the income and passes away - the benefactors will also have these two choices.

"If your wage goes above, your household income goes above $120,000 a year, Anthony Albanese will put a for sale sign on your lawn," Mr Morrison said.

"You actually have to dispose of the asset and pay back the government. I mean, this is insane."

Labor's deputy leader Richard Marles said the requirement to buy out the government or sell if your income breaches the eligibility criteria is fair during an interview on Sky News.

"This is a scheme which is designed for people on low and modest incomes who really face a lifetime of [renting] right now, which gives them a genuine option of owning their own home," Mr Marles said.

"If during the course of their life they acquire wealth, which means they themselves no longer qualify for the scheme, then in that circumstance, they would need to be buying out the government. And that’s fair."

Help to Buy vs Home Guarantee Scheme extension: Which is better?

While Help to Buy is the Labor Government's proposed initiative, the Liberal-National Government also put forward its own scheme to address housing affordability.

If the LNP remains in government after the election, the Home Guarantee Scheme will be extended to 50,000 places for three years from 2022-23.

Simon Pressley, Propertyology's Head of Research, said he's a fan of both government schemes, but the LNP scheme is superior as it doesn't cost the Australian taxpayer anything.

"Real estate is an important part of people's lives for a variety of reasons, and any anything that supports [people into homeownership] will always get my vote," Mr Pressley to Savings.com.au.

"That doesn't mean that these policies can't be tinkered with and made a little bit better. But in general, it's a good thing."

With that being said, he also said it's the first time he's seen the a proposed federal shared equity scheme, and applauded the Federal Opposition for thinking outside the box.

"Some of those beneficiaries may never become a homeowner without this policy given that, to be eligible, you're in those low income brackets," Mr Pressley said.

"So it's always going to be much harder for them to save their deposit than someone on a bigger income."

However, Mr Pressley mentioned that 10,000 places may not be enough, and that the scheme is set to cost taxpayers $329 million according to its estimates.

"In a typical month, Australia has 10,000 first home buyers per month, according to ABS data," he said.

Been there, done that?

For example, Victoria's Homebuyer Fund - which was criticised by the Property Council of Australia for not actually addressing the housing affordability crisis - was announced late last year.

Under this scheme, homebuyers can buy with a 5% deposit and receive up to a 25% contribution in equity.

Looking across the country, Western Australia has also had its own shared equity scheme - Shared Home Ownership - for more than a decade.

So, what makes this shared equity scheme different?

Since it's the first scheme proposed federally, homebuyers in Queensland, NSW, ACT, South Australia, and the Northern Territory could take advantage.

People could also buy with as little as a 2% deposit, similar to the Family Home Guarantee Scheme, which isn't a shared equity scheme.

While Mr Pressley met the federal schemes with praise, he said there is nothing more important than addressing the dire rental supply shortage in Australia.

"The real issue is, rents are only going up through the roof because there's a dire shortage of rental supply," Mr Pressley said.

"So let's not put band aids over gaping wounds, and let's actually address why we've got a gaping wound."

He said the biggest issue is state government legislation as rent rolls have been shrinking across the country.

"So that's what needs to be addressed, and [we need to] revisit the legislative changes that have been put in place over the last six years," Mr Pressley said.

"[We] need to have a strong conversation with the community to make them understand the importance of rental supply."

Image by Maria Ziegler on Unsplash