Home / News / New limit on AirBnb from November in NSW New legislation will limit the number of days in which hosts can rent out their property.

In many cases, stays are limited to 180 total days per year and no more than three consecutive months.

Hosts of short term rental accommodation (STRA) such as Stayz and AirBnb will also have to register with the NSW Government.

The register will capture the number of days a property is used for STRA and will be integrated with key STRA booking platforms, allowing for improved monitoring of the policy’s day limits.

The rules come down to whether short-term holiday letters are just renting out a room in their own place, or renting out an entire place - 'hosted' and 'non-hosted' respectively.

A single booking cannot be for more that three consecutive months.

No restrictions are in place for non-hosted accommodation in all other locations, and different rules also apply to different geographical locations - explained below.

Hosted and non-hosted, what's the difference?

Where do the restrictions apply?

Hosts that do not live or reside on the premises which guests are staying, cannot rent out their property for more than 180 days per year in:

The State Government is treating Byron Shire Council differently, giving them an extension in implementing these rules until January.

"Until 31 January 2022, the new STRA provisions will not apply in the Byron Shire LGA," the NSW government report said.

"After this date, the STRA provisions will apply, including a maximum of 180 days per year for non-hosted STRA.

"During this time, Byron Shire Council proposes to finalise its planning proposal lodged in response to Ministerial Direction 3.7 issued by the former Minister for Planning, which seeks to limit non-hosted STRA to 90 days in its LGA."

The Byron Shire Council's exemption is to allow them to conduct an Economic Impact Assessment to measure how much short term accommodation is impacting the region.

"The aim is to find a solution that maintains housing for local residents and supports our visitor economy," Byron Shire Council's statement read.

"The EIA will look at the economic and social impacts of different holiday let options. For example, the maximum number of days (day cap) a property can be let in any year could be 90 days or 180 days.

"It will also map areas that can be holiday let all year round, for 365 days."

However the map proposed by the council shows Byron Shire government wants to allow the most expensive properties to be rented out all year round.

The properties highlighted in yellow are "proposed areas where a property could be holiday let for 365 days." 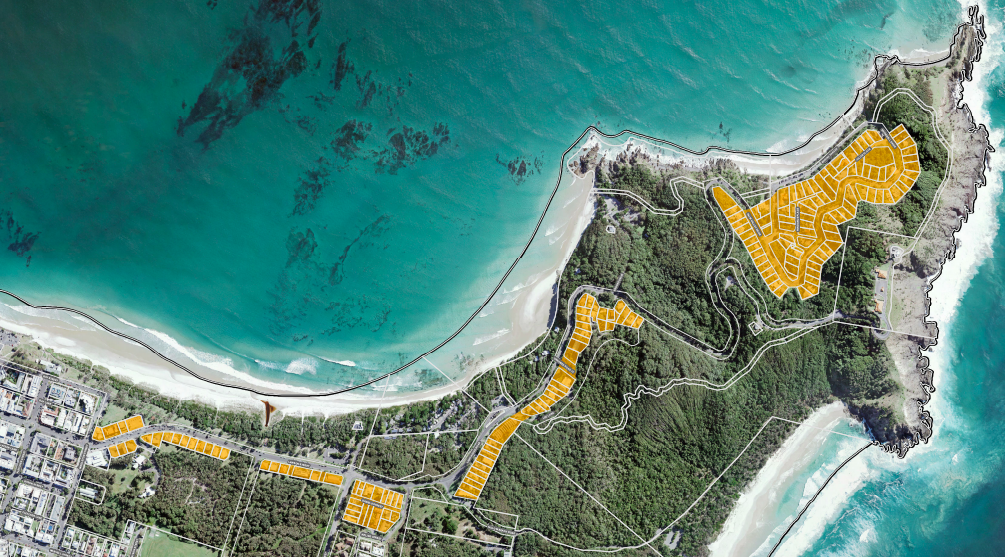 It remains to be seen how this will reduce long term residents being pushed out of the area.

The area has a median rent price of $600 a week, which is up nearly a fifth in just a year.

Lucy Hastings, who works for Stone & Wood Brewing Co in Byron Bay, made the move south from Brisbane more than three years ago, said those living in the community all year round are finding it increasingly difficult to find rentals.

"I have definitely noticed a new normal in terms of average rent bills and what my peers are willing to accept as normal. I'd say it's jumped from averaging around $250 a week to around the $300 mark," she told Savings.com.au in August.

However, it isn't solely the 'Airbnb effect', as city dwellers have also sought a more permanent tree or seachange.

Ms Hastings was forced to relocate late last year after her landlord broke the lease early to let a family move in from Melbourne looking to escape lockdown.

"That one was a bit of a kick in the guts as we felt directly impacted by the regional boom from city people moving to escape lockdowns," she said.

How to register as a STRA

To add your property to the NSW Government STRA Register, follow these steps:

Image by Shubham Sharma via Unsplash