Fears of a global pandemic have seen the Australian dollar tumble to its lowest value against the US Dollar in over a decade.

The World Health Organisation (WHO) announced overnight that more coronavirus cases had been reported outside of China than in it for the first time since the outbreak began.

This, along with Wall Street volatility, has significantly contributed to the $50 billion wiped off the Australian Stock Exchange (ASX) in the last three days, with the dollar buying around 65 US cents.

"There has been little data of significance and markets are largely trading on news headlines," Mr Strickland said.

Jason Draho from UBS Global Wealth Management agreed, telling Reuters that markets wouldn't calm without the knowledge that the virus spread was slowing.

"We need to more information before markets have a further correction or get comfortable things won't escalate further," Mr Draho said.

"Markets will be very jumpy until there's increasing confidence the virus is abating and that it won't be a global pandemic."

Outside of periods of financial turmoil, the ASX200 has never seen a decline as large as what we've seen over the past three sessions. Does that mean we're entering the next crises? $XJO #coronavirus #ausbiz pic.twitter.com/n9vppmaDo8

How does this affect you?

It's easy to check out of this news cycle, given the ebb and flow nature of stocks and the depressing daily coronavirus update.

But the AUD can affect you even if you don't have travel plans.

The AUD can dictate the cost of importing and exporting goods and services.

With the Aussie dollar depreciating, imported goods become more expensive for consumers, which can increase demand for Australian produced goods.

So for example, consumers might decrease their international online shopping habits in favour of visiting brick and mortar stores.

Essentially, a weaker AUD should increase export volumes and decrease import volumes, leading to an increase in national income, increased demand for Australian goods which leads to increased Australian employment.

So in theory, a weaker dollar is beneficial for the Australian economy and you the consumer, should you be buying local. 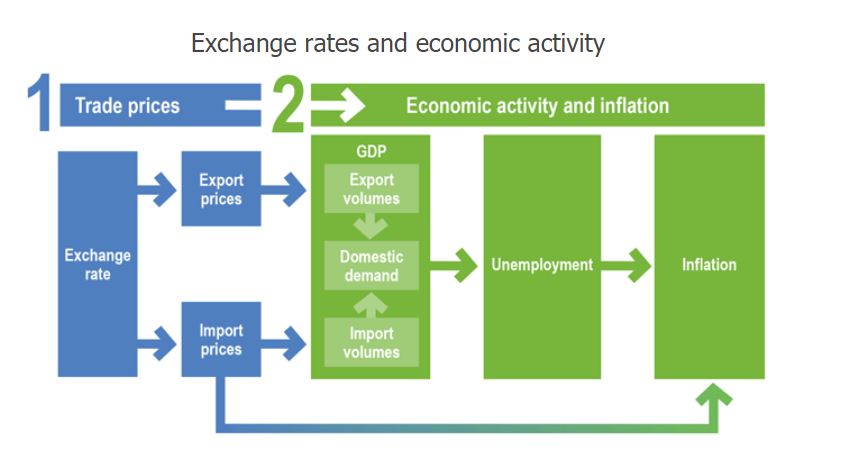 However, the coronavirus is a rather large sickly spanner, especially given China is our biggest trading partner.

According to Tourism Research Australia, Chinese tourists spend $12 billion a year in Australia and with the Australian tourism industry already reeling from the bushfire disaster, the Chinese travel ban could well be a disaster for the industry.

Given the recent nature of the virus outbreak, the scale of the effects of the outbreak remain to be seen.

The Reserve Bank (RBA) predicted the bushfires could cut Australia's economic growth by 0.2% and the virus is thought to do double that.

As a result the central bank could consider cutting the cash rate when it meets next Tuesday.

Additionally, after holding the cash rate in February after strong unemployment figures, the most recent released figures show unemployment has increased to 5.3%.

Most economists are predicting a hold for March and a cut in April.