Photo by Spencer Davis on Unsplash

Cashed up buyers are speeding to the dealership, with luxury vehicle sales rising for the seventh consecutive month.

In January 2020, the annual total of luxury vehicle sales rose 0.1% to 88,473 vehicles sold, according to the CommSec Luxury vehicle index which has now risen for seven months.

According to CommSec Chief Economist Craig James, the rise in luxury car sales exactly matches the gains in house prices. 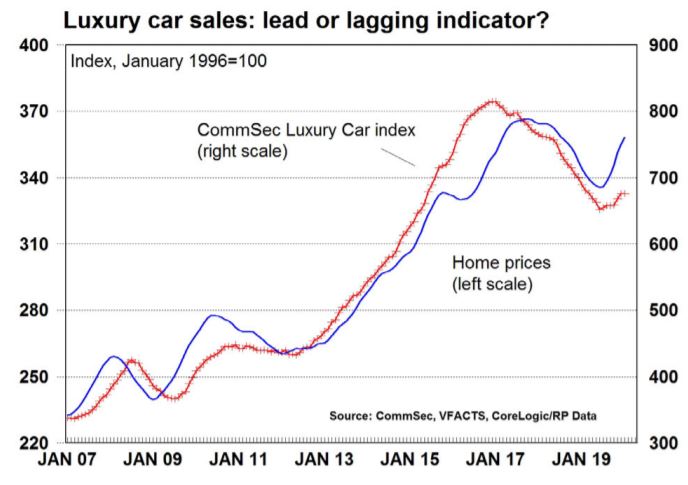 "The wealth effect of higher home prices, the cuts in interest rates and the rise in household asset values has allowed top end buyers to update their rides," Mr James said.

Mr James noted there's a chance the continual rise in luxury car sales will translate to the rest of the lagging vehicle market, with new car sales figures underperforming for the better part of the last two years.

"The hope is that the strength at the top end of new vehicle and housing markets will extend to broader strength for new vehicle sales, home sales and home prices," he said.

According to the figures, many luxury car buyers prefer to purchase quality used vehicles rather than new vehicles. Loans to buy new cars in December were up 6% on a year ago which is the fastest gain in almost three years.

Annual sales of Lexus were at all time highs in the year to January, and sales of Rolls Royce were just shy of reaching record highs.

Looking for a new car? The following car loans have some of the lowest fixed-rates on the market: