Photo by John Schnobrich on Unsplash

The survey of 1,021 Australians found that 30% of credit card holders admitted online shopping has created more credit card debt for them than purchasing in-store.

This could be explained by the fewer payment options when shopping online. In-store shopping has the benefit of cash payments, with 16% of consumers using this payment method.

When shopping in-store, 35% of shoppers use a credit card, and significantly more (47%) use a debit card. Only 3% use a payment plan like Afterpay. 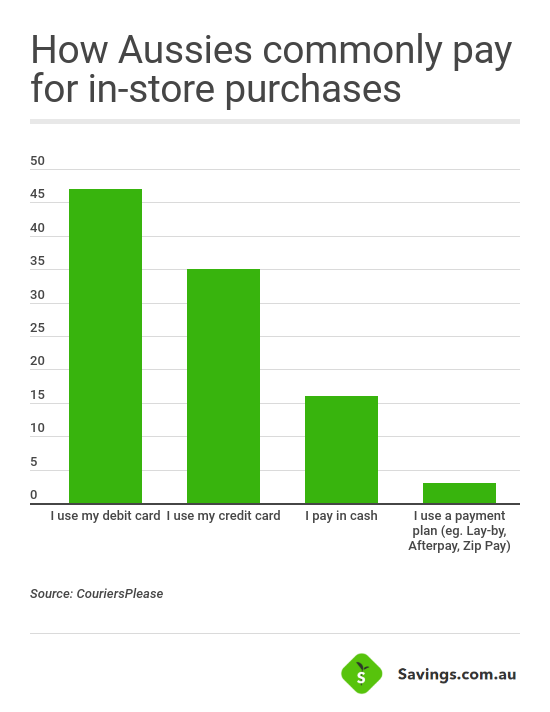 But when shopping online, 42% of shoppers say they use their credit card, while 40% use a debit card, and 18% use a payment plan such as lay-by or buy now, pay later services such as Afterpay and Zip.

“Our research indicates that online shopping transactions in Australia are more likely to have a more positive growth rate than with in-store purchase levels, with more people relying on credit and buy now, pay later services – essentially with money they don’t have – when making online purchases,” Ms Ip said.

“While the likes of Afterpay and Zip Pay offer interest-free instalments for your purchases, it’s often better to pay it in full to avoid carrying the debt. If you do use these payment services, ensure you understand the terms and conditions to avoid incurring any extra fees. For instance, Afterpay charges late fees for missed payments, so it’s best to set yourself a reminder to pay your instalments on time.” 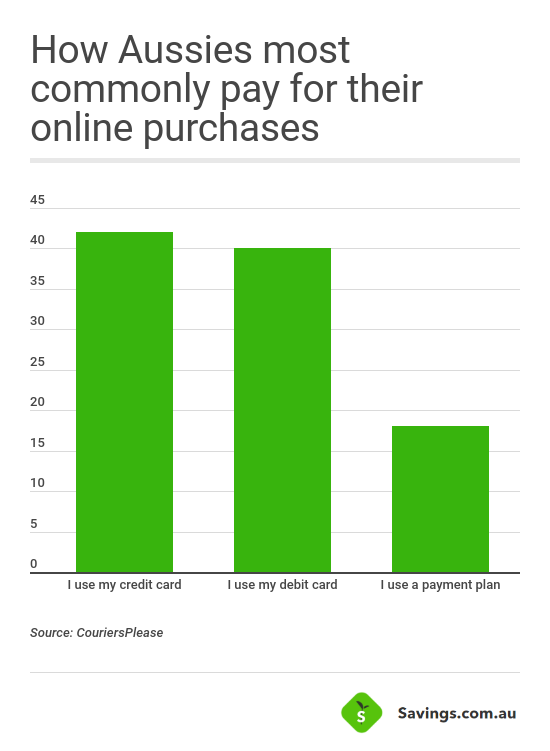 New research from credit bureau Experian found that only two in five Australians who used their credit card for holiday expenses said they paid it off immediately after their trip – despite recognising it would impact their future personal loan, credit card and mortgage applications.

The findings were even more concerning for those aged between 25 and 34, with four in five saying they take between one month and two years to settle their holiday debt.

The study of 1,000 respondents, which looked at consumers holiday credit card spending and repayment habits, found many (30.36%) of those who immediately pay off their holiday debt were above the age of 54. Most of those who said they did not pay it off immediately were between 25-34 years old.

Experian Executive General Manager of Credit Services and Decision Analytics A/NZ, Poli Konstantinidis says there needs to be more financial awareness among young Australians on the responsible use of credit cards.

“It’s easy to get swept up in the splendour of a holiday but it’s important to make informed decisions when spending on credit cards, so as not to end up with unmanageable debt upon return and a case of post-holiday blues,” Mr Konstantinidis said.

“Australian consumers, particularly in the younger age bracket of 25-34 who may well be looking to purchase their first home in the near future, need to be aware of the long-term implications of lingering holiday credit card debt.”