National spending back to pre-pandemic levels Weekly spending in Australia has now increased to above pre-pandemic levels for the first time since July, according to new data.

AlphaBeta and credit bureau illion found this to be the case in its new COVID-19 real-time spending tracker, which shows that Australia’s economic recovery is starting to emerge.

National spending has risen to above pre-pandemic levels for the first time since July, when the highest levels of stimulus as well as the second round of early super withdrawals were hitting the economy.

This is despite stimulus measures such as JobKeeper and JobSeeker being wound back.

All forms of spending listed in the data tracker - essential spending, discretionary spending and total spending - saw a large increase over the last two weeks recorded.

AlphaBeta Director Dr Andrew Charlton said this is proof that the tapering of the stimulus and supplement measures are not having a disastrous effect on the economy.

“Australians should be buoyed by the fact that spending is now back to pre-COVID levels across both essential and discretionary spending," Dr Charlton said.

"This is the first time since July that we have hit this marker and it is significant.” 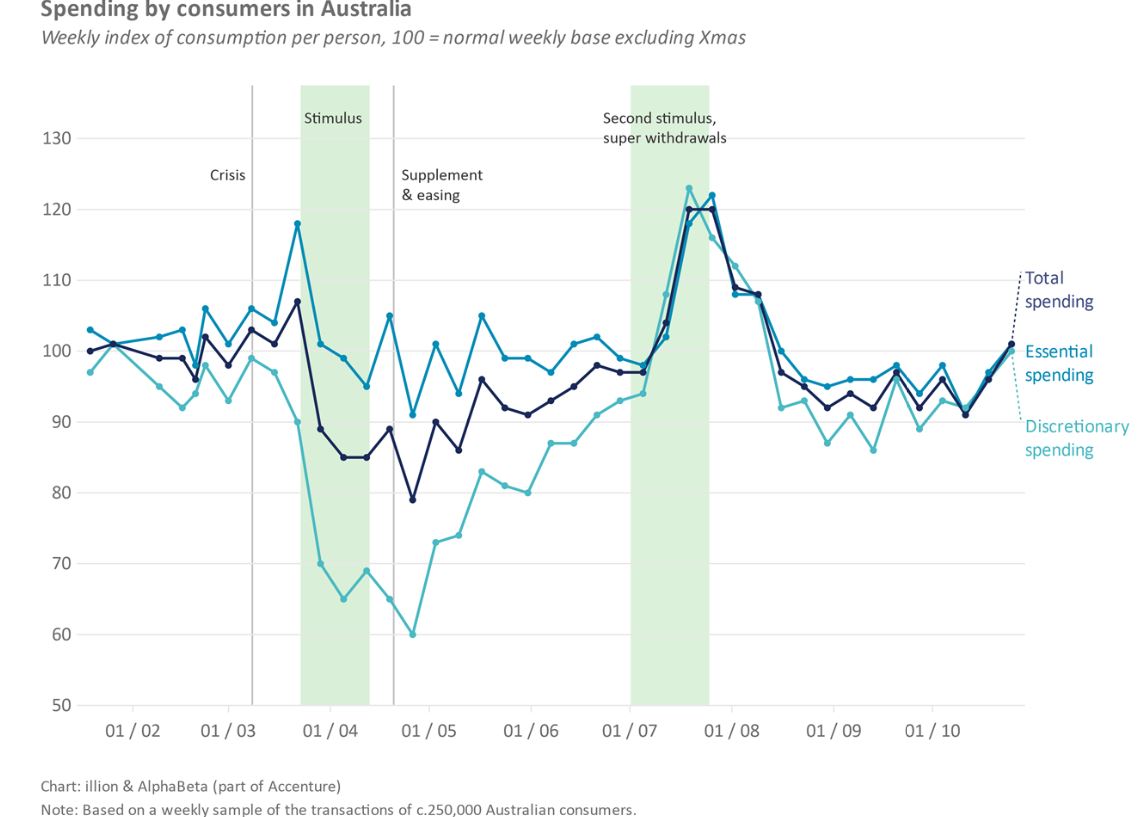 JobSeeker meanwhile saw the $550 'Coronavirus Supplement' on top of the regular JobSeeker base rate extended but reduced to $250 per fortnight, with the Prime Minister strongly hinting it won't be returned to its pre-COVID level, which was below the poverty line.

Food delivery spending such as Uber Eats saw a massive increase of 289% compared to a normal week pre-pandemic.

Food Delivery was 356% above pre-pandemic levels in NSW and 167% in Victoria.

According to the report, this could be the new normal for this category.

“Aussies love their MasterChef but are obviously leaving the cooking to someone else," Mr Bligh said.

Categories of spending that saw large spikes over the pandemic include:

Other categories to see big falls were those most affected by social distancing measures and a lack of travel, such as: 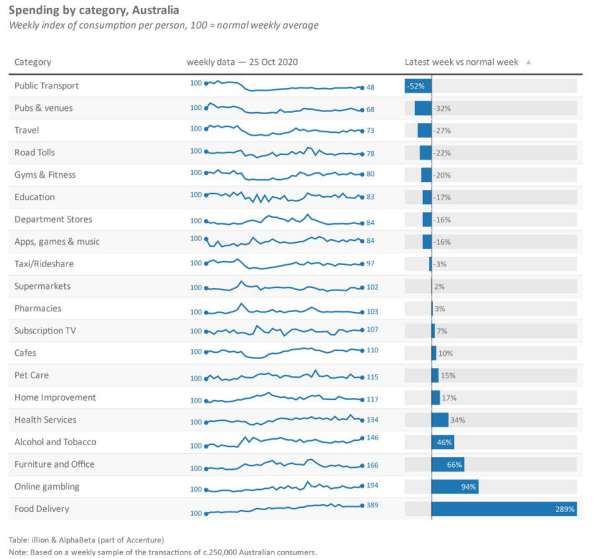