One in five consumers missing Afterpay, Zip, and other BNPL payments The report from the Australian Securities and Investments Commission (ASIC) found one in five consumers had missed buy now, pay later (BNPL) payments, from providers like AfterPay, Zip, and Humm.

In the same period, missed payment fee revenue for all BNPL providers in the report totalled over $43 million, a growth of 38% compared to the previous financial year.

In the last 12 months, 20% of consumers surveyed by ASIC said they cut back on or went without essentials like meals in order to make BNPL payments on time.

ASIC also found 15% of consumers surveyed said they had taken out an additional loan to make payments. 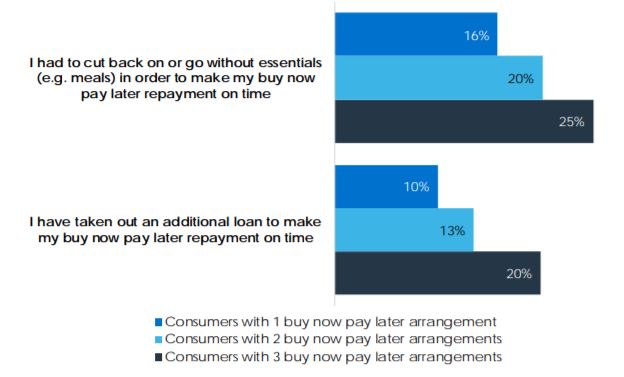 One in five consumers surveyed also reported they had missed or were late on paying other bills in order to make BNPL payments on time.

Gerard Brody, CEO of Consumer Action said the report's findings were concerning and called for greater regulation in the sector.

"The best way to address this and limit the harm is to apply responsible lending obligations and other credit laws to the buy now pay later sector.”

ASIC reviewed AfterPay, Zip, Humm, BrightePay, Openpay, and Payright, and found there were 6.1 million accounts approved combined on the platforms, an increase of 38% from the 2017-18 financial year.

This represents up to 30% of the Australian adult population, although multiple accounts can be held by the same person. 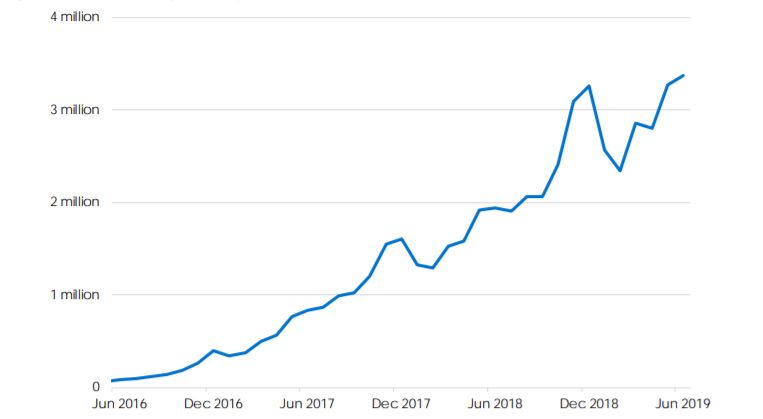 Afterpay continued to have a stranglehold on the Australian BNPL market, accounting for 73% of that total value of transactions.

The provider hit back at ASIC and said despite having this lion's share of the market, Afterpay only represented 27% of BNPL consumer debt.

"Customers are immediately suspended from using Afterpay if they miss a single instalment payment," Afterpay said in a statement.

"For customers who find themselves in trouble, Afterpay offers a generous and accessible hardship program where flexible payment timelines with no additional fees or cost can be agreed upon."

But Mr Brody said there was a discrepancy in the reporting of hardship numbers by BNPL providers.

"Also, the industry is either ill-equipped, or not sufficiently motivated, to identify and assist those in hardship," he said.

"BNPL providers have said that no more than 1% of their users have been in financial hardship during COVID-19 but the data in this report confirms that the real figure is likely much higher, and industry players are either underreporting or not actually able to identify hardship."

BNPL's explosive growth has come at the cost of credit card popularity.

ASIC found between 66% and 73% of BNPL users incurred interest charges on their credit cards for all months between October 2019 and January 2019.

In the same period, only 42% to 46% of other credit card users incurred an interest charge on their credit card.

Additionally, between 38% and 43% of BNPL credit card users used over 90% of their allocated credit limit on their credit cards for each month between October 2018 and January 2019.