Retail trade figures down 12.6% in Victoria Photo by Harry Cunningham on Unsplash

This is according to figures released today by the Australian Bureau of Statistics (ABS).

"The result was driven by a fall of 12.6 per cent in Victoria," said Ben James, Director of Quarterly Economy Wide Surveys.

"Victoria saw large falls across all industries except food retailing, as Stage 3 and 4 restrictions saw many businesses unable to trade from their physical stores in August."

While the falls were largest in Victoria, there were also falls in most other states. Retail trade across the rest of Australia (excluding Victoria) fell 1.5% from July 2020 to August 2020, suggesting the initial COVID shopping boom has ended.

Household items led much of the decline in trade figures but still remains 20% above the levels of August 2019.

The results come off the back of a higher than expected 3.3% rise in July and three months of extreme volatility that led to two record monthly gains and one record monthly decline of 17.9%. 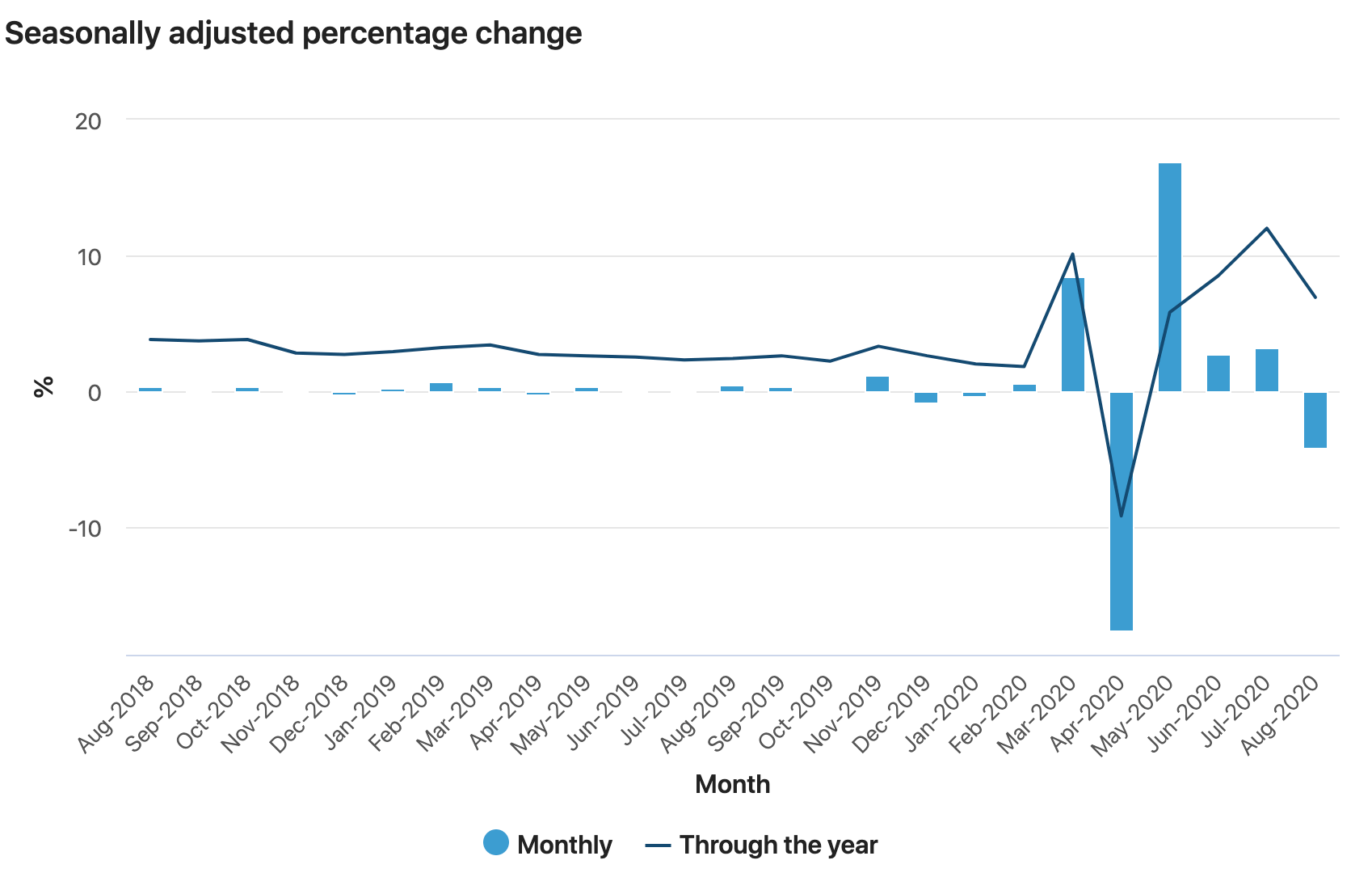