Photo by Tima Miroshnichenko from Pexels

The coronavirus has accelerated the decline of credit cards in Australia, according to a new report.

The latest illion Credit Card Nation report, which first appeared in March 2019, shows a near 50% increase in the number of credit cards being cancelled during the pandemic.

Overall, illion has found that Australia has lost a whopping 1.6 million credit cards since October 2018, worth $11.6 billion in credit card limits.

Eighteen months ago, in the first Credit Card Nation report, illion said credit card use had peaked in Australia and would soon decline at a rapid rate.

According to illion CEO Simon Bligh, the "brutal" COVID-19 pandemic has not only continued this decline but accelerated it at an even greater pace.

"The beneficial economic environment created in the pandemic by government subsidies and mortgage payment holidays has given rise to a situation where many now have the ability to pay off their credit cards – and are doing so," Mr Bligh said.

"Some go further by closing their account to avoid getting back into the debt cycle again.

“Consumers are removing that extraneous plastic in pursuit of a less-risky credit profile.

"It is also likely that credit cards are no longer a collectable, fashion item or status symbol they once were, and are used only where they are absolutely needed." 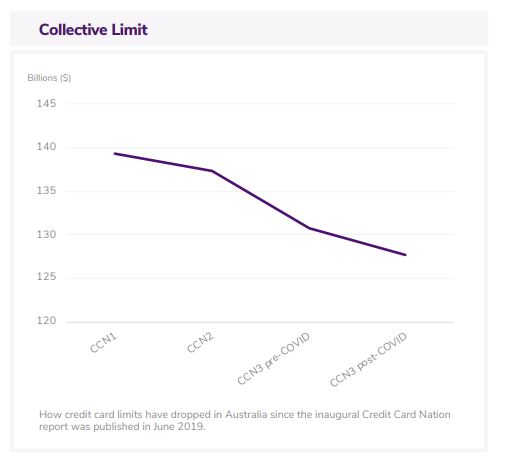 Illion's data on credit card use is supported by Reserve Bank data from August 2020, which showed outstanding debts accruing interest on credit cards dropped to $20.6 billion - the lowest level since 2004.

Much of the talk around declining credit card numbers is centred around how young people no longer use them, with millennials and gen Z instead turning to buy now, pay later (BNPL).

A recent survey by BNPL service Openpay found 60% of respondents had used BNPL to take care of essential spending.

While millennials did see the sharpest decline in credit card use over the COVID period, illion's report found all age groups saw a rapid fall.

According to illion, younger cardholders recorded a significantly higher card loss rate compared with their older counterparts prior to COVID, due to factors like the Banking Royal Commission and BNPL services.

Generation X cardholders in their 40s saw an average card ownership decline of more than 10% since March 2019, while baby boomers saw a less pronounced decline.

Illion also noted that while the BNPL market is growing, with under-35s accounting for 50% of the total market, it still has a small market share, with fewer than one in 10 Australians using it.

Delinquency improvement may only be temporary

illion's report found a marked improvement in the credit card delinquency rate - being over 60 days past due for payments - of 10.3%, falling to almost 0.80% for all age groups.

This means there's roughly $380 million in delinquent credit card debt, which appears to be a small number, but illion and Mr Bligh have warned of a "hidden debt", meaning the actual delinquency figure was probably closer to $520 million.

"Could it be the result of an eclectic combination of economic subsidies and welfare strategies designed to prop up the economy, mixed with more lenient banking policy and the early withdrawal of Super?" illion's report said.

"And while there is always the chance that we could simply be witnessing more prudent behaviour by a population in crisis, it is more likely that we have a false picture of what is actually happening as many claim government benefits or put their mortgage on hold.

"Additionally, consumers who trigger hardship provisions are taken off the ‘debt radar’, making it hard to assess the full extent of the crisis."

2021 will likely be a more telling year for how credit card customers will cope with their repayments.

"The outcome of this situation is potentially ominous, and will only most likely be seen once government support initiatives end during the early part of 2021," Mr Bligh said.

"It may be nearly Summer – but financially ‘Winter is coming." 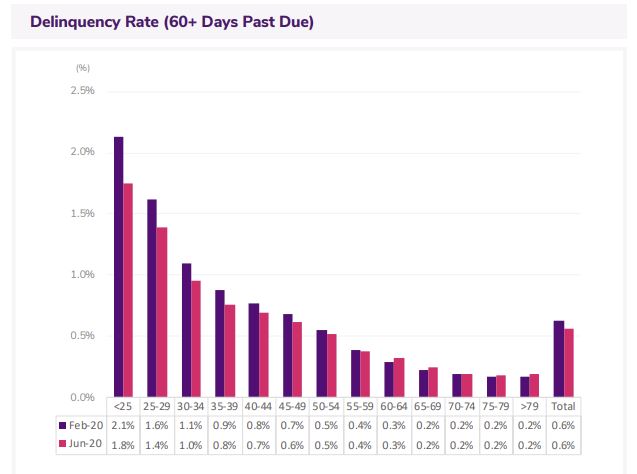 How to keep credit card debt off post-COVID

It appears that COVID-19 has provided a unique opportunity for many Australians to pay off their debts, but as the data shows, there's a risk many people will fall into the debt cycle again once we get back to 'normal', whenever that might be.

If you’re still struggling with debt, try methods like debt consolidation, 0% balance transfers or speaking to your bank about any financial hardship options they provide.

Savings.com.au's article 'How to keep credit card debt off post-COVID' features expert tips on how to do just that, such as: