Home / News / Did the RBA overstimulate the economy? In a rare interview with the ABC's 7.30 program last week, RBA Governor Dr Philip Lowe was asked if the central bank overstimulated the economy.

While not outwardly denying that the stimulus was overplayed, he said at the start of Covid Australia was "looking into the chasm" of tens of thousands of deaths per month and complete economic collapse leading to a "generation of lost economic opportunity".

In the context of mixed messaging around yield curve control, on Tuesday the Governor admitted the Reserve Bank may have suffered some "reputational damage" as a result of messy Covid policy exits.

"With hindsight, it can be argued that there was too much focus on the downside risks to the economy and the need to insure against them, and too little focus on the possibility that things could work out better than expected," Dr Lowe said.

"But in real time, in which decisions had to be made under great uncertainty, the review notes that the focus on the downside risks was understandable. The Board recognises that opinions will differ as to whether it struck the right balance."

Australia is the lucky country after all (yes I am aware that's a tongue-in-cheek phrase).

To quote Dr Pangloss from Voltaire’s Candide, “everything is for the best in this best of all possible worlds”. However the novel also said that optimism is “the madness of maintaining that everything is right when it is wrong”.

You could argue this dichotomy pertains to Australia.

The ingredients to the stimulus cake

In what could be described as one of the biggest bank bailouts in Australian history, what's called the Term Funding Facility provided $200 billion in near-free funding to the banks over a three year period.

At one stage the TFF made up around a quarter of the RBA's balance sheet - more than gold and other assets.

The Term Funding Facility was only ever for three years, which means a bulk of mortgages funded with the bailout are rolling-off into probably much more expensive variable rates from 2023.

For example CommBank has $89 billion worth of fixed-rate mortgages expiring in 2023.

There's also a positive by-product for the major banks here with interest rates rising; they have hundreds of billions held within what's called the RBA's Committed Liquidity Facility (CLF).

This enables the big players to easily transact with one another; a benefit is that the RBA - acting as banker - pays them a premium to hold funds in there, which is usually a reflection of the cash rate.

How consumers pay for it

The end result is that a lot of RBA support given to the government through bond purchases and other programs means the government now has nearly $1 trillion in gross debt on its books, and estimates show it's not likely to run a budget surplus at least for the next decade.

AMP Capital chief economist Dr Shane Oliver said something has to give - either raises taxes or cut spending.

Year-to-year surpluses or deficits are 'whatever', but debt has real consequences - on a sample tax bill of $20,000 per year (implying the average full time wage), nearly $600 of that (about 3%) will go towards paying interest on government debt.

That's a bigger slice of the income tax revenue pie than what goes to public housing, public transport, and foreign aid - and that's at very low interest rates.

As interest rates rise, so too does interest payable on government debt.

Now think of it like robbing Peter Junior to pay Paul Senior, with future generations lumped with a debt burden.

It's not just future generations either - this means less money to go towards pensions, support for the margins of society, and other important stuff like roads.

In 2014 for example, the United Kingdom Government repaid some of its war debt with roots dating back to the 1700s, according to The Guardian. This means Napoleonic wars, Crimean wars, and men in frilly suits carrying muskets.

My great grandfather (pictured below), exactly 100 years older than me, served in that war. An ambulance driver and medic, he was mustard gassed for his efforts.

Australia, then very much part of the British Empire, was also lumped with that debt. So in a very roundabout sort of way, my elders and I paid for my great grandfather to go to war. 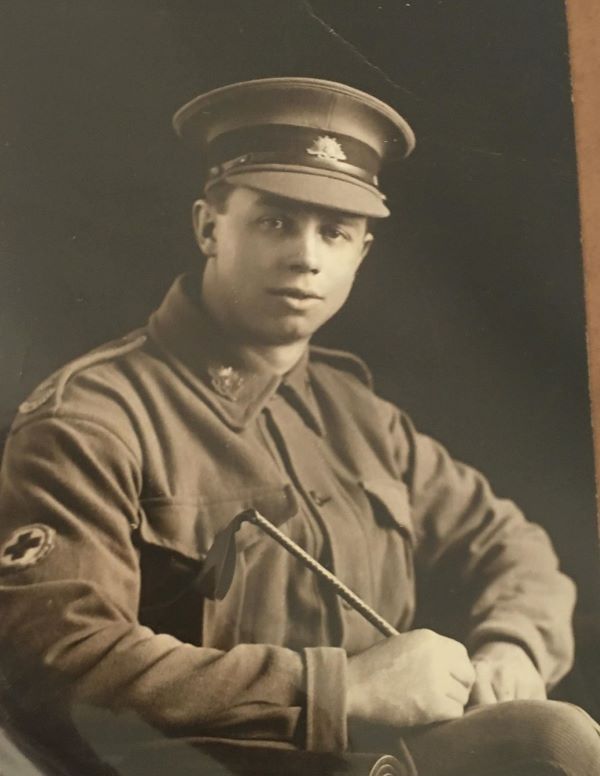 The United Kingdom - and by proxy Australia - was still paying World War I bond debt in 2015.

But maybe the goal is to inflate the debt away...

The last headline inflation figure came to 5.1%, much lower than other advanced economies, but still higher than many Australians would have experienced in recent memory.

Dr Lowe expects it to go to 7.0% by year's end, and the RBA does not expect it to die down in the next two years.

Never mind that an iceberg lettuce is $10 and KFC has stopped putting the soggy leaf on its burgers.

With wages growth still in the 2% range, workers are realistically losing money every year.

The next inflation data will come out in late July, and will be one that the RBA will watch intently to determine its August moves.

As we lived in a globalised economy, it's hard to pin-down exactly what parts of the inflation figure are purely domestic.

"Following the strong recovery from the pandemic, growth in domestic spending is now testing the ability of the economy to meet the demand for goods and services," Dr Lowe said.

Did the RBA act early enough to curb inflation?

Until March this year the RBA was still fairly adamant on no cash rate hikes until 2023 or 2024.

The war in Ukraine killed Covid policy, the care factor about case numbers, and easy monetary policy in one fell swoop.

2021 saw some of the strongest property price growth on record.

Recently there's been a slight dip, but prices are still very elevated, and despite some Chicken Little panic, Aussie home owners are still in good-stead to withstand some interest rate hikes.

For example, RBA research shows that pre-pandemic the average homeowner on a variable mortgage rate was 10 months ahead on repayments. Fast forward to now and that's 21 months.

Two percentage points in mortgage rate rises would see that lower to 19 months.

Many used the pandemic to squirrel away cash - they weren't spending, cheap mortgage rates meant they could get ahead, and stimulus money went straight into the bank account while many workers retained their jobs.

Speaking to 7.30, Dr Lowe said household cash deposits grew by around $250 billion during the pandemic.

That said, with 200 basis points of rate increases, mortgage stress could double from 10% to 20% of households.

Moody's Investors Service research also showed with a cash rate of 1.35%, home prices would need to decline 14% to see any improvement in mortgage affordability.

In contrast, RBA modelling estimated that 200 percentage points in mortgage rate rises would lead to a 15% decrease in home prices.

Millions of Australians, many still yet to be born, have been sold down the river as a result of the last two to three years of policy-makers' decisions, which arguably weren't needed.

But would I like to be the head of a central bank? Probably not.

We're all in this together.

Photo by Matt Hardy on Unsplash