How to catch up if you've withdrawn your super early With nearly 400,000 young Australians having completely emptied their superannuation balances, there are fears that future generations will struggle to survive on the pension in retirement.

In total, 2.5 million Australians withdrew their super early in the first round of the early access scheme and a similar number are expected to withdraw their super in round two.

If you’re one of the Australians who needed to access their super early, you might be wondering how to get your superannuation balance back on track so that you won’t struggle later on in retirement.

We crunched the numbers and tapped the experts to find out how to recover financially after early super withdrawal.

What impact will an early withdrawal have on my super?

In light of the COVID-19 pandemic and the early super release scheme, ASIC Moneysmart has released a new super withdrawal estimator calculator that estimates the impact an early withdrawal of super could have on your retirement savings later on.

As you can see, the younger you are, the bigger the potential impact on your superannuation thanks to the power of compounding returns.

The bottom line is that withdrawing money from your super early will mean you could have significantly less money to retire on - unless you take steps now to catch up.

Make regular contributions to your superannuation

Don’t panic and think you have to replace the entire amount you withdrew in one lump sum (in fact, you could actually attract the attention of the ATO if you do that because it will look like you’re deliberately trying to get a tax deduction by taking advantage of a tax loophole).

Instead, it’s better to make small, regular contributions to your super fund as soon as you’re financially in a position to do so. Plus, the younger you are, the better because you have the benefit of time and compounding on your side.

“Our modelling shows that if you’re under 40 years of age, it is possible to recover a $10,000 withdrawal, including the lost investment earnings, by making after-tax contributions of $10 to $15 a week until retirement,” he told Savings.com.au.

According to QSuper’s modelling, you’ll need to make voluntary payments of $26 a fortnight (on top of what your employer already pays you in super) to recover a $10,000 withdrawal by the time you hit retirement.

If you want to recover that balance even faster, you’ll need to make voluntary payments of $45 a week.

After-tax contributions to recover your $10,000 faster

Mr Murray said making extra contributions is a great way to boost your balance, but it does take commitment.

“Think about how fast you want to rebuild the money you withdrew and choose an amount you can afford to add back in whether that’s weekly, fortnightly or monthly will depend on how you get paid.

“If you are going to make personal after-tax contributions, setting up a regular automatic BPAY transfer is an easy option.”

However, Mr Murray said this may not be viable for some people who have accrued other debts during COVID-19.

“Once you are back at work, look at your budget and assess what you need to do to recover from the break in employment or reduction in your income,” he said.

“For some Australians that might mean focusing first on paying down debts accrued or catching up on mortgage repayments they put on hold. It’s really going to come down to personal circumstances and it’s important to get sound financial advice.

“If you have withdrawn from your super and you are worried about not having what you will need for retirement, look at ways to add money back in once you are financially comfortable.”

If you make voluntary contributions to your superannuation, you may also be eligible to receive a super co-contribution from the government.

You don’t need to apply for the super co-contribution - when you go to lodge your tax return, the ATO will automatically work out if you’re eligible and pay the money into your account as long as your super fund has your tax file number.

Founder of AJ Financial Planning, Alex Jamieson says co-contribution is the quickest way to get back on track if you’ve withdrawn your super early. 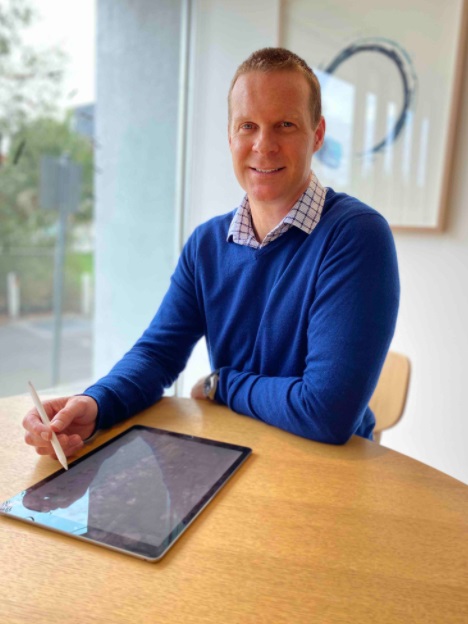 “If you have drawn out funds under the COVID-19 early super release option and are still sitting on a small amount of money personally, you may give some thought to putting some back into super under the co-contribution scheme if you qualify for this program,” he told Savings.com.au.

“This will require you to make a non-concession contribution of $1k into super and notify the ATO with your personal tax return that this has been made. Then hold your hand out, thump your chest and say to the Australian Government 'show me the money!'

“The government after your tax returns are lodged will pop $500 into your super fund account, allowing you to bank a 50% return on these funds on day one and kick start your retirement comeback tour.”

Salary sacrifice into your super

Another way to get your super back on track is by salary sacrificing into your super fund as soon as you’re in a position to financially do so.

This involves reducing your take-home pay to put more into your retirement savings. This is on top of what superannuation your employer is already paying you under the Superannuation Guarantee.

“If you earn more than $37,000 a year, salary sacrificing could be a tax-effective way to recover the money you withdrew.”

This is because there are more tax savings to be had, as salary sacrifice contributions are taxed at 15% when they are received by your super fund instead of your marginal tax rate which could be as high as 45%, plus the Medicare Levy of 2%.

Those on lower incomes may instead want to consider making voluntary contributions after-tax to be eligible for a co-contribution from the government.

Top up your super with your tax refund or bonus

If you were one of the lucky few this year who received a bonus payment from your employer, you may want to consider popping it into your superannuation where it can grow over time. Similarly, if you receive a large tax refund this year, perhaps you could do the same with that money.

If you’ve been busy spring cleaning during isolation, you’ve probably got a bunch of unwanted items sitting around and with kerbside collection deferred thanks to COVID, you could try selling these items and transferring the proceeds into your nest egg.

Accessing your super early should be a last resort, and definitely shouldn’t be spent on things like gambling and alcohol.

But withdrawing your superannuation early doesn’t need to have a permanent impact on your retirement if you take steps now (or as soon as you’re able to do so) to rebuild those savings.

Once you’re back at work, sit down and go through your budget to see if there are any areas where you can cut back and consider putting that money into your superannuation instead.

While you’re at it, you could check the MyGov website to see if you’ve got any lost superannuation sitting in other super accounts. You can consolidate these amounts into one super fund in about three seconds on the MyGov website.

To help your super balance bounce back even faster, try to ensure you’re in a low fee, high performing super fund.