Spending data released from Transferwise on Boxing Day purchases shows there were significantly fewer purchases made compared to the earlier spending bonanzas, with Transferwise reporting a 64% decrease in online sales in comparison to November’s Black Friday and Cyber Monday.

These two days of sales were heralded as being extremely important in leading Australia's post-virus recovery, and in November 2020 they helped spearhead a 7.1% increase in nationwide retail turnover month-on-month. 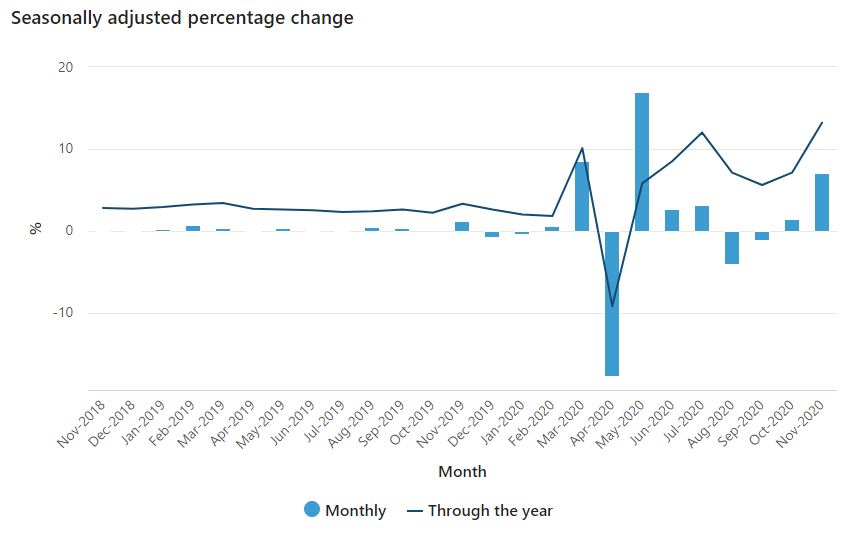 However, with heavily discounted goods from these sales lasting throughout the month, Australians look to have taken a more cautious approach to spending on Boxing Day, according to TransferWise Australia Country Manager Tim Cameron.

"With restrictions as a result of the Northern Beaches COVID-19 outbreak and extensive End of Year sales, it made sense many opted to remain frugal on the day," Mr Cameron said.

"Shoppers had the opportunity to look around and not make impulsive boxing day purchases compared to the past, as the sales continued throughout December off the back of Black Friday and Cyber Monday and well into the New Year."

See also: How to responsibly use buy now, pay later over Christmas and New Years

Spending on flights and transport up significantly

That isn't to say we didn't spend any money last Boxing Day, far from it.

Many Australians are still primed to spend, as in the week before Christmas, another 22,000 Australians withdrew an average of $7,000 from their super before the scheme closed permanently.

Although the preliminary December retail data from the Australia Bureau of Statistics (ABS) due this month will reveal the true extent of our spending, Transferwise has already reported huge surges in certain categories on Boxing Day.

TransferWise saw a huge 171% spike in flight sales, a 122% rise in public transport spending, a 37% increase in car rentals and a 26% increase in car transfer services this Boxing Day compared to the entire month of December.

Top four purchases made on the TransferWise debit card per sale day:

“The spike in transportation makes sense as many Sydneysiders and holiday makers fled the region to escape the 5-person to a household limit for New Year’s Eve and return home to avoid border lockdowns," Mr Cameron said.