With buy now, pay later exploding in popularity, one new fintech aims to help customers avoid the potential 'debt traps' of these platforms.

Afterpay added around 20,000 new customers per day during COVID-19, and alongside Zip and Humm, the three biggest buy now, pay later (BNPL) platforms now have about 8.5 million active customers between them.

YouPay CEO and Founder Matt Holme says these figures represent "a staggering number" of people signing onto consumer debt products, which can be a gateway to "severe financial obligations".

And that, according to Mr Holme, is why YouPay exists: To give shoppers an alternative to these potentially harmful BNPL services.

“There’s no doubt that Buy Now, Pay Later, when used responsibly, can be a great financial product. The danger is that consumers often don’t have the tools, knowledge or support to make the right call about the platforms they’re using," Mr Holme said.

"As a father of three and an entrepreneur, the financial wellness of the next generation is important to me. I want to see more options available to people who don’t want to go down the debt path for consumer shopping.”

YouPay is quite different to the likes of Afterpay. Rather than encouraging people to pay for one quarter of a purchase upfront, potentially accruing late fees, it instead lets shoppers send private payment links to friends and family.

It calls itself 'multiplayer shopping', giving shoppers' support networks an easy way to share in payments and give financial support when needed.

Despite the criticisms of BNPL, Mr Holme said YouPay isn't actually against such services, but rather it is anti-bad debt.

"BNPL is an amazing piece of technology and a huge convenience when managed appropriately. When it isn’t though there can be problems for customers," Mr Holme told Savings.com.au.

"This is what we’re setting out to fix. We are an alternative, we want to be there for our customers when they realise they need a helping hand.

"Before going into debt with an institution - be it BNPL or a credit card - we want you to turn to your support network of family and friends for assistance." 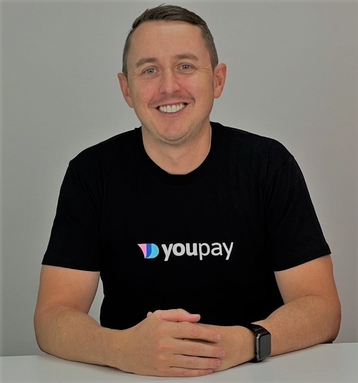 Negative consequences were found to be more prevalent among people who used more than one BNPL service. Such consequences included:

Meanwhile, a previous ASIC review in 2018 found one in six had to borrow money from family or friends to pay debts.

While YouPay essentially allows family or friends to help users pay for things, this may save users from having to take on official debts with financial institutions.

The platform also does not charge any late fees or interest, only a merchant fee of 2.9% plus 25 cents, which isn't paid by the shopper.

This is actually a lower merchant fee than some BNPLs - Afterpay for example charges around 30 cents plus 3-7% of the transaction.

So YouPay is anti-bad debts, and there are plenty of those among people who use BNPL or credit cards.

Despite the seemingly charitable nature of YouPay's business model, Mr Holme said it isn't only for people who can't afford to buy the items otherwise or those who are struggling financially.

YouPay also markets itself as a useful tool for partners and parents buying for each other and their families, as well as those making professional purchases.

As to whether the customer is comfortable approaching someone to co-pay for something, Mr Holme said it would be up to them.

"The fact that YouPay empowers our customers to actually make this decision is what excites us most," he said.

"We see the checkout as being stuck in 'single player mode' for the past 20 years with YouPay being the missing 'second controller' to enable multiplayer shopping."

How can shoppers use YouPay?

YouPay is currently only available online at the moment, although it has plans to launch its app via Google and Apple soon, and is taking expressions of interest for both merchants and customers.

At checkout, customers can use YouPay by:

"There are many benefits [to shopping with YouPay], with the fact you’re avoiding institutional debt and late fees just one. The one that I know will make my life a lot easier is gift giving," Mr Holme said.

"The process for both the gifter and the recipient is often one of uncertainty.

"Now though, the recipient can pick out exactly what they want the most, define all the sizes, colours, options themselves, while still getting all of the loyalty points for that matter."