Analysis released today revealed neobanks have had their media mentions drop by three quarters in the COVID-19 period.

Media monitors Streem analysed stories from the nation's leading 22 newspapers and news websites, and found instances of the term 'neobank' has fallen 74% from the term's peak in February.

Xinja experienced the biggest contraction in media mentions since January, when the bank gained attention for offering its then-2.25% p.a. unconditional savings account interest rate with a relatively high $245,000 cap.

In March, Xinja again created headlines for opting not to cut its interest rate, but instead closed off the product for new customers.

It has since reduced its interest rate to 1.80% p.a., although Xinja has still walled off the product for new customers.

Note: an earlier version of this story described Prospa as a neobank. It is not a 'neobank' as it is not an Authorised Deposit-taking Institution (ADI).

Buy now, pay later companies such as Afterpay, Zip and Klarna also experienced a drop in profile since the pandemic hit.

However, Afterpay still dominates its nearest rival Zip, with 3.5-times the number of media items.

The study looked at media items in 22 major Australian newspapers and news websites from June 2019 to May 2020. Sentiment was not measured. ‘Up’ bank had to be removed for technical reasons. 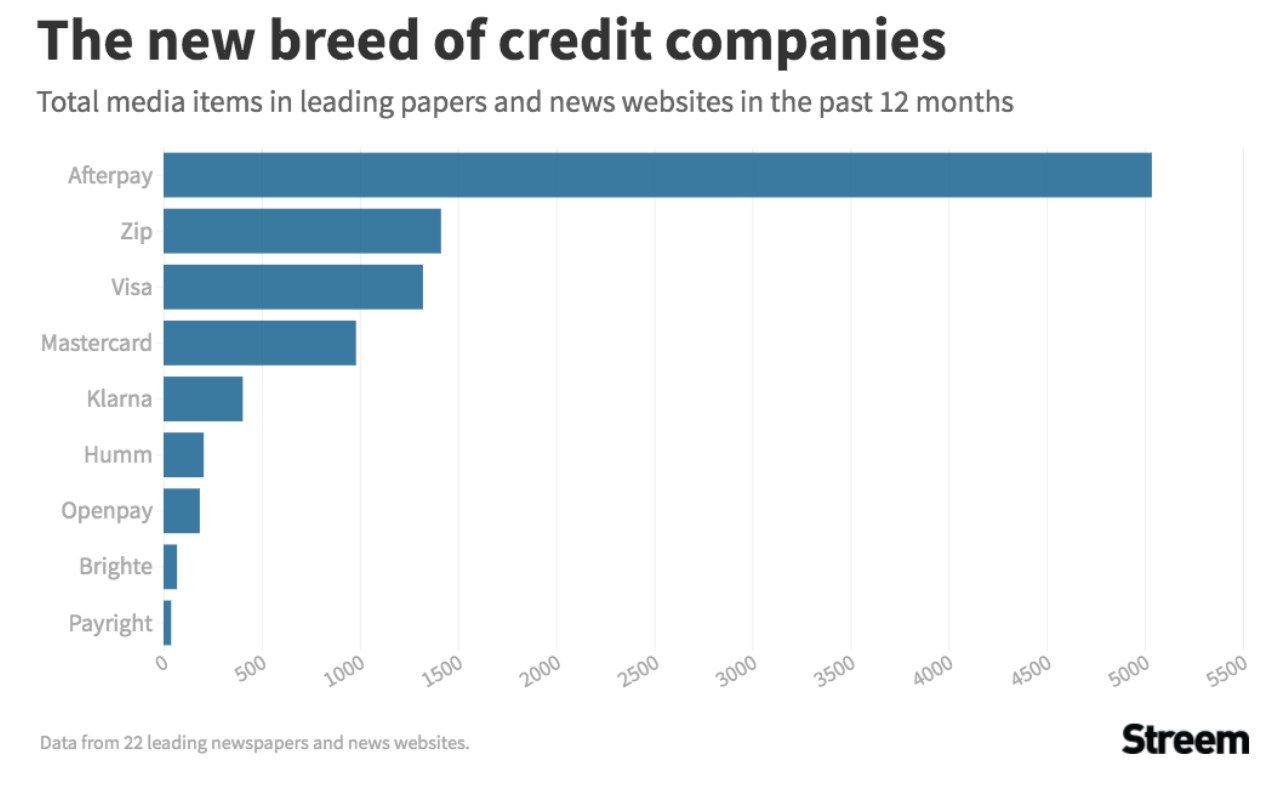